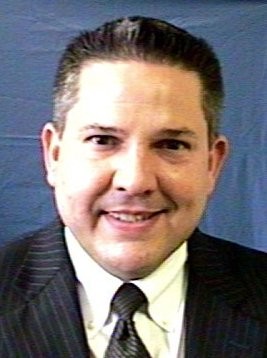 Gregorio, who will head the Healthcare Systems Innovation Lab (iLab), is well known in the NJIT and healthcare communities.

He has worked with NJIT’s R&D arm to establish and build organizations such as the New Jersey Health Information Technology Extension Center (NJ-HITEC). The center is a nonprofit, self-sustaining division within NJII. It is working with more than 8,000 Garden State providers to collect, digest, use and share their electronically stored patient data, according to an NJIT press release. NJ-HITEC was originally funded by the federal government.

In April 2014, NJIT announced the formation of the NJII, an NJIT corporation that will take on industry partner-defined challenges and use the institute’s resources to solve them.

There was much fanfare over the announcement, and the launch event included Sen. Cory Booker delivering a speech on the need for innovation to spark economic development.

“NJII is poised to help industries at every stage, from the birth of an idea in a lab to refining how that idea is produced. The New Jersey Innovation Institute is going to help our state remain one of America’s most important engines for economic growth and global competitiveness,” Booker said at the gathering.

Joe Taylor, chairman and CEO of Panasonic Corp. of North America (Newark), also spoke, highlighting the need for such an organization. Panasonic recently moved its North American headquarters to Newark.

Taylor said it was troubling that many companies had been unable or unwilling to invest in basic technology that — though it may not result in immediate payback — could potentially effect profound changes in business or have an impact on people’s lives in the future. He said NJII would address this “critical need.”

Taylor said that was the main reason Panasonic had pledged to be a charter member. “I love the fact that the NJII has the capability to draw on virtually every disciplinary talent available in a world-class polytechnic university and — not only that — is willing to blend this talent with an enterprise’s talent to create a truly innovative process to make things happen,” he noted.

NJIT President Joel Bloom called the need for such an organization glaring, adding, “the timing is right.” NJII was meant to cluster talent, tools and facilities and to partner with business and industry, he said. Charter industry partners include Aecom (a Los Angeles-based company with offices in Newark), Louis Berger (Morristown), Cisco Systems (San Jose, Calif.), Panasonic and Torcon (Red Bank).

NJIT said it is taking this corporate approach to spur product creation and development, devise solutions for sectorwide or company-focused challenges and serve as a catalyst for regional growth.

Gregorio was enthusiastic about the new opportunity. “The healthcare delivery system is in the midst of transformational change, and NJII has an important role to play in driving critical innovations,” he said in a release.

“Coming back to NJIT to work on these issues at our newly created institute is truly a dream come true,” said Gregorio, who had earned an executive MBA in technology management at the school and taught master’s-level hospital systems-management courses as an adjunct professor there.

NJII is headed by NJIT’s Donald Sebastian, who said the healthcare iLab played an important role: “At this point there is no other forum where hospitals, clinicians, labs, pharmacies, insurers, public health agencies and others can come together to rethink the way we deliver healthcare services to achieve efficiencies without sacrificing quality.”