The owners of small and medium-sized businesses (SMBs) are often overwhelmed by the thought of embracing new voice-assisted technologies for their staff and customers.

Voice applications are too complicated, expensive and advanced, they complain. They also note that the major players in voice tech are still ignoring them in favor of doing business with big companies.

Robert Naughton, chief revenue officer at Voicify (Brooklyn, N.Y.), told a group of SMB owners and others that this was not the time to dawdle.

“If you’re not first, you are last. In voice searches, if you are not found when the competition has a voice app, they are going to be served up first. For SMBs, now is the time to get ahead,” he advised the group, which included about 50 people gathered inside NJIT’s CKB Strategy Lab during the four-day VOICE Summit.

The event was billed as the world’s largest voice-tech conference. And Naughton was one of five experts on a panel that discussed “How Voice is Empowering the SMB Markets.”

“It is an opportunity for SMBs to flip the paradigm,” he said. “SMBs can move faster and take risks. Smaller organizations can seize the moment, jump ahead, create that content and leapfrog the competition. We are seeing small and medium-sized businesses quickly adopt voice to market themselves.”

“Do you think SMBs realize how voice can help them? Do they know what they want and can’t get it? McKienzie asked.

Now, it is time consuming. “Right now, to bring any one of the solutions to a small business, the time it takes to understand what it does and how to build it and how engineers are going to use it is a challenge. They want something that is clear and simple to understand,” he added.

Naughton compared the increasing use of voice technologies to the growing use of social media.

“Most small businesses did not understand how social media could help their business when it first came about. It took a little while, and then they realized there are low-cost ways for me to celebrate my brand, sell my products, get my information out there,” he said.

“It takes a progressive-thinking marketer or CEO to recognize that emerging channels can be low-cost entry points into potential new revenue streams,” he added. “You just can’t sit by. A lot of the successful SMBs will take two to three chances, failing one or two times, but eventually they will find that tool set that is a good match for them and their organization.

“Voice for some organizations out of the gate is just going to be a utility, like FAQs, address, hours of operation, etc. For other organizations, that are more mature, they will want to go further up the curve, to things like customer intentions, transactions and trying to complete the full cycle. It depends where that SMB owner or marketer wants to capture that customer.”

That customer is already at ease talking to the voices in machines. Just ask Amazon Echo and Google Home.

McKienzie and Coates noted the importance of SMBs remaining authentic to themselves and their customers. Some SMBs may decide to delay voice-activated applications. Organizations can only consume and digest so much change, and these voice technologies are likely to cause more fatigue.

But McKienzie also asked, “If they have this attitude that ‘I just don’t have the time to even think about voice,’ and say, ‘I don’t need it. It’s not me. It’s not my business,’ are they setting themselves up for failure?”

Rabban noted, “There are still people who want that phone at their desks, and they don’t want to hear anything else. We still have people who want to fax.” Ultimately, he said, the SMBs that now have websites and social media pages have survived, so having voice-activated applications is likely to be the next big technology they will inevitably have to adopt.

85 More posts in Emerging technologies category
Recommended for you 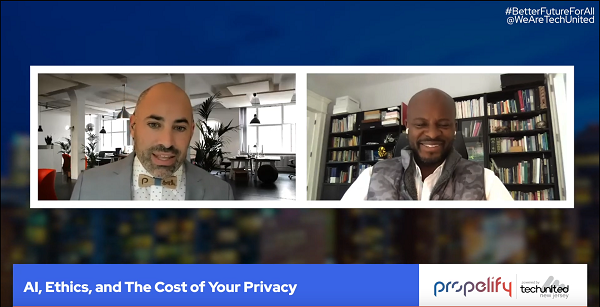 Dele Atanda said that he was not afraid of robots or artificial intelligence (AI). “I...