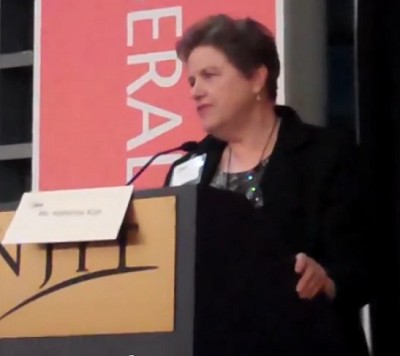 [This opinion was reposted in a slightly revised form from the Right up Einstein’s Alley newsletter, July 2014 edition. Kish is executive director of Einstein’s Alley, a private, non-profit economic development initiative located in Central New Jersey.]

Einstein’s Alley is a staunch supporter of Immigration Reform and a founding sponsor of the Immigrant Entrepreneur’s Awards.

As a leader in New Jersey’s technology sector, Einstein’s Alley strongly recognizes the need for immigration reform legislation. In part to demonstrate that commitment, Einstein’s Alley was a founding sponsor of the Immigrant Entrepreneur Awards. And we are proud to announce the opening of nominations for the 2nd Annual New Jersey Immigrant Entrepreneur Awards.

Recently, we presented at an Immigration Roundtable at the New Jersey Statehouse to bring attention to the views on immigration reform of the business and technology communities.

In New Jersey, foreign-born individuals like John Lau of Applied Info, the winner of the Albert Einstein Award for Innovation, featured in this video, have created more than one in three new businesses in recent years, ranking New Jersey behind only California, New York, and Florida. These companies started by immigrants generate an annual business income of $6.2 billion in New Jersey.

We believe that rather than send qualified foreign-born advance-degree graduates of U.S. colleges and universities back home to compete against U.S. businesses, Congress should encourage these individuals to stay in the United States by offering them permanent resident status. We can further buttress our competitive edge, by expanding the H-1B visa program, which makes available to U.S. businesses some of the world’s most highly-trained professionals in fields across the business sector. What’s more, a significant portion of H-1B filing fees fund education and training programs to enhance the skills of U.S. workers, particularly in the technology fields.

So, Einstein’s Alley is proud to collaborate for the second year with other New Jersey groups, including regional and bi-national chambers of commerce, immigrant advocacy groups, and other community organizations to celebrate the important role of immigrants in today’s economy and to honor the contributions of immigrant business leaders to their communities.

This year, we will be honoring immigrants for their achievements in growth, advocacy, innovation, sustainability, and leadership, and we will name the 2014 Immigrant Entrepreneur of the Year.

Are you an immigrant entrepreneur who has excelled in one of these fields?  Do you know someone, a family member, neighbor, or friend, who you think has what it takes to be named the 2014 Immigrant Entrepreneur of the Year?  Nominate them at http://njieawards.org. Nominations must be submitted by Sept. 30, 2014.

Previous: Launch NJ: Women Entrepreneurs Hub Kicks Off With Networking Advice and Inspiration
Next: NJ Startup iAssist Has App for Adults with Autism