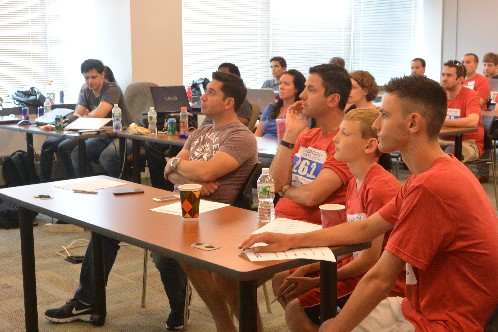 Marathon Data Systems (Neptune) held its second annual hackathon June 7, 2014. A team made up of principals from LivinSport, a TechLaunch (Clifton) LaunchPad 1 company, won the event and the $1,000 first prize.

In little more than 26 hours, the winning team members Samuel Carvalho, Jason Webley and Di Tang created a mobile app that gives users a newsfeed from various charities. If you are reading an article about, say, cancer and click on it, that will link you to a cancer-related charity, Webley told NJTechWeekly.com.

If users want to learn about a specific disease — breast cancer, for example — they can go to that drilled-down category, Webley said. The app will show them a number of breast cancer-related charities. Once users click on a particular charity, they are taken to information about it and are able to see its events. Then, if the charity will be holding an event, users can see that event and its location and check into it.

Webley said another LivinSport team member told him about the Marathon hackathon, and “we decided to go do it. We didn’t have a clue what we were going to develop before we went. The only thing I wanted to do was create something that would solve a problem for these charities.

“We didn’t know the problems they were facing, but when we went to the hackathon, the charity volunteers talked about [them]. We listened, took notes and built something that solves their problems,” Webley explained.

The second-place winner was the team of Justin Schlemm and Taylor Klodowski of Monmouth University (West Long Branch), which took home $400. Both participants represented the ACM/IEEE student chapter at the school.

Schlemm told NJTechWeekly.com since the goal of the hackathon was to create an app to connect volunteers and charities, his team had made a proof-of-concept app that lets charities post volunteer opportunities. That way, volunteers can find opportunities based on their location and the types of skills they have marked off.

“The idea that drove this was that sometimes more than just some basic labor is needed, like the ability to work in an office setting, or basic computer literacy, or hard labor, etc. It was designed for both [the] iPhone and Android phones,” Schlemm said of the app in an email.

Winning third place was a team from NJIT (Newark). The team of Matthew Butler, Carl Addu and Adisa Craig was awarded $200.

Previous: "Show Up Each Day and Give Your 100 Percent" and Other Advice From TechLaunch LaunchPad 3 Founders
Next: Students from Underserved Communities Learn STEM Subjects at 4-H Samsung Summer Science Program

1817 More posts in News category
Recommended for you 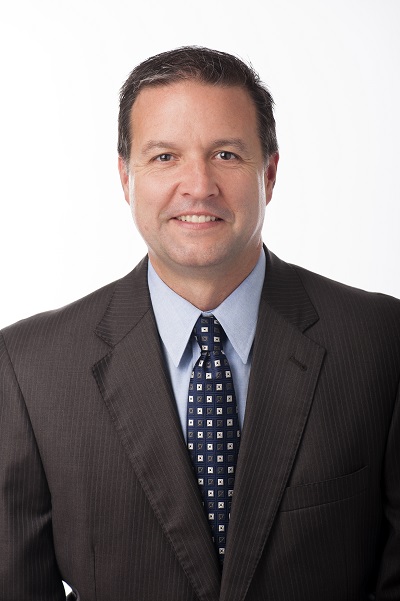 The Cybersecurity Dangers of Working From Home

By Mark McCreary With over eight months of businesses and employees struggling with the challenges...

The Cybersecurity Dangers of Working From Home https://buff.ly/3mwqnwB