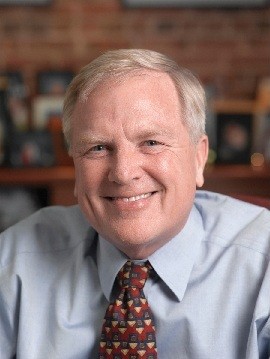 Heartland contends that Mercury is effectively misleading merchant customers by deceptively hiding its excess profits in the interchange fees charged by credit card networks and their issuing banks, in violation of the Lanham Act and related laws of the state of California.

(NJBIZ has published an article about the suit and the complete complaint here.)

NJTechWeekly.com has heard Heartland CEO Bob Carr discuss fair and transparent debit and prepaid card processing for small and midsize businesses, and it is reasonable to say that the New Jersey company has built its reputation on supporting these practices.

For example, in 2006 Heartland introduced “interchange plus” pricing statements for merchant customers, indicating all fees separately on a line-by-line basis. The company says the system was so popular with businesses that most of Heartland’s competitors soon followed suit for many of their small and midsize merchants.

In a statement about the suit, Heartland noted that standard interchange plus merchant contracts for electronic payment services typically require the merchant to pay the bank/card brand interchange fees at cost, plus the fees charged by the processor.

Heartland contends that Mercury and other payment companies are getting around interchange plus pricing transparency by illegally building their markup into what they purport to be interchange fees.

In the complaint, Heartland says it has reviewed hundreds of monthly statements from Mercury for different merchants throughout the United States, and that the statements allegedly indicate that Mercury repeatedly and regularly engaged in the practice of charging its customers inflated interchange fees without disclosure.

For example, the suit cites an instance in which Mercury allegedly employed deceptive pass-through interchange tactics to take business from Heartland. The customer, a restaurant chain, compared pricing among various payment-processing companies, including Heartland and Mercury. Heartland had indicated it would charge interchange fees at cost plus 7 cents per transaction plus 0.02 percent of the dollar value of transactions and a $7.50 monthly service fee — all competitive or standard industry rates.

Mercury’s bid, according to the complaint, had indicated the same except for a charge of 6.5 cents per transaction fee, a half cent below Heartland’s bid. As a result, 50 of the chain’s 57 outlets switched from Heartland to Mercury for payment processing, Heartland said.

Heartland alleges that a review of a 2013 merchant invoice from Mercury demonstrates that Mercury was charging a falsely inflated interchange fee of 4 cents per transaction, making its effective per-transaction fee 10.5 cents instead of its contractually agreed rate of 6.5 cents.

In an interview with MerchantServicesDefense.com, Bob Carr gave two reasons for the suit:

“One: We have proof that Mercury is unethically and illegally taking customers from Heartland by falsely promoting their services without disclosing what they intend to charge merchants. We believe that merchants who have chosen Mercury over Heartland would not have done so if they knew that Mercury was deceptively inflating interchange costs.

“Two: The impact of this kind of deceptive practice is enormous. Many merchants are unaware that Mercury could be misleading them, or they may think the swindle is monetarily trivial. In reality, Mercury’s deceptive pricing practices can add up to hundreds or even thousands of dollars in annual fees per merchant, even if they’re small. For the retail industry as a whole, the cost of deceptive pricing and other scams runs into tens of millions of dollars.”

Speaking to Digital Transactions News, Mercury CEO Matt Taylor said his company will respond to Heartland’s specific charges with a filing of its own. However, he denies that Mercury engages in deceptive practices. “We don’t deceive merchants, systematically or otherwise, or hide fees from them,” he said. “We have a growing business based on ethical business practices.”

A formal statement reads: “Mercury will vigorously defend against the lawsuit filed by Heartland. Mercury Payment Systems’ rapid growth in the electronic payments market is directly attributable to the value and flexibility we provide our merchants and partners, and we stand by our business and pricing practices. We are proud of our consistently high satisfaction rates and low merchant attrition rates among merchant acquirers over the past 10 years.”

The suit was filed in United States District Court in the Northern District of California, San Francisco Division.