10. At Bell Labs in Murray Hill, the Future of Industrial Automation is All About the Network, January 8, by Esther Surden

“In November, NJTechWeekly.com was among a small group of journalists who were given a first look at some new industrial automation/internet-of-things (IoT) technology at Nokia Bell Labs in Murray Hill. The technology was both described by officials and demonstrated by engineers at a recently built laboratory at Bell Labs.”

“In the words of Ivo Allen, president of Hunter Technologies, his company’s latest innovation took “three years to bake.” He is talking about ‘911inform,’ software that helps monitor schools and other public buildings, and aids both law enforcement and those in the line of fire, keeping everyone safe.”

“In the fall of 2017, newly minted Conduent displayed its latest technologies at a New York client event to broaden awareness of the then-obscure Florham Park-based company. … The innovation gallery at the New York event was hailed as a great success, prompting Conduent to recreate it as a permanent ‘Innovation Center’ at its Florham Park headquarters nearly two years later.”

7. Interview with Kathy Timko Who Oversaw “Largest IT Project in US Telecom Industry History, January 28, by William Swayze

“It was called the largest IT project in United States telecom industry history, and Kathy Timko, of iconectiv (Bridgewater), was overseeing it to completion. The final May 2018 deadline came and went. The project that she had started five years before was finally finished. But no one noticed, Timko said. Certainly not the 425 million customers in the nationwide system that includes 650 million phone numbers and 1,400 phone companies.”

“Each year, Inc. magazine puts out its list of the 5,000 fastest growing privately held companies in the United States. We looked at the list for 2019 and narrowed it down to the fastest-growing tech and tech-related companies in New Jersey. … The information from Inc. can be found here.”

5. 10 Amazing Things You Can Do at Propelify on Oct. 3, and Why You Should Go, September 27, by Esther Surden

“ Propelify is a business conference that takes place at a festival in Hoboken against the backdrop of New York City, and it should be on everyone’s agenda for October 3. Who knows? You may get an idea for advancing your business, meet a potential investor or cofounder, learn something you didn’t realize you needed to know or rub elbows with someone whom you can help or who could help you.”

“Ivan Alvarado wandered through his life, including through a number of jobs, for 15 years. After completing his service in the U.S. Marine Corps in 2003, Alvarado struggled to find work that would make him happy and create a better situation for his family. Then a friend who was a fellow veteran told him about NPower (Jersey City), a nonprofit organization that helps young adults, veterans and veterans’ spouses launch technology careers.”

“Each year, NJBIZ, a New Jersey-based business newspaper, comes up with a roster of the best places to work in the state. NJTechWeekly.com then whittles the list down to just the best tech and software companies, and adds some key information for our readers, such as the availability of jobs at these companies.”

2. Short Hills-Based Dun & Bradstreet Gears Up to Be Center of Excellence for Big Data and Data Analytics, July 14, by Esther Surden

“No one can deny that Dun & Bradstreet (Short Hills) is a household name. It has been a trusted source of business information for 177 years. The company, which had been public, was recently purchased by a consortium of private equity investors, so it is now private.”

“Jim Barrood recently wrapped up five eventful and productive years as president and CEO of the New Jersey Tech Council. Before he moves on to new challenges, we wanted to do an exit interview on his experiences at the Tech Council.”

2 More posts in Hot Articles category
Recommended for you 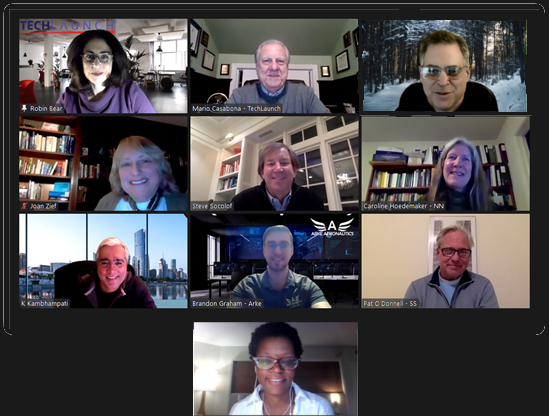 Neoneur, a Pennington-based startup with a digital developmental biomarker for neonates that can detect complications...