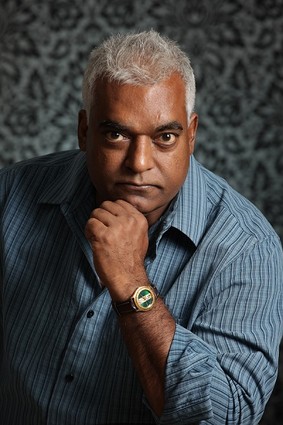 Web Epoch Interactive (Parsippany) is making a comeback. You could even say that this 20- year-old firm is acting like a startup. Begun in 1996, Web Epoch was incorporated in 1999; and now, according to founder and CEO Rajiv (Roj) Prasad, it has a Software-as-a-Service (SaaS) product that is selling well in enterprises.

That product is Epoch Slide, a presentation-management solution and presentation builder. Clients use Epoch Slide to manage and distribute their companies’ slide libraries to internal and external users. The application provides an easy-to-use drag-and-drop presentations builder, Prasad said, that allows executives to create custom presentations using approved PowerPoint slides in minutes instead of hours or days.

“If you are a big company, you don’t want the sales team, for example, to make their own slides. It ruins the brand,” Prasad told us.

He added that the problem Epoch Slide solves for enterprises is how to manage their libraries of thousands of presentations and slides, which often reside in different places. It also makes those slides available both online and off. Some traveling teams don’t have consistent Internet connections, he noted; so, at the urging of a customer, Web Epoch developed an iPad app that enables users to work offline.

Epoch Slide creates a centralized repository of slide decks in the cloud with versions control that can be referenced during an audit.  Users can search an intelligent slide library, select choice slides, rate slides from one to five stars and tag slides as “favorites” for reuse in future.

The company’s success with clients like Ricoh USA; Incapital; Infineon Technologies, through a reseller called “Precision Pipeline Solutions”; and others has given the company traction. “I have to say that I’m very excited that the company is coming back, and I can’t wait to stay and build it” further, Prasad said.

Prasad was born in India, came to Boston in 1972 and moved to New Jersey in 1976. He studied computer science at Fairleigh Dickinson University. After working at two computer consulting firms, Prasad decided to start his own company. Prior to establishing Web Epoch, he had a company involved in AutoCAD, but it was adversely affected by the recession in the early 1990s.

Web Epoch began life as a company that worked with firms in the pharmaceutical and life sciences industries, specializing in medical education. One of the first types of work it did was CD-ROM development for e-learning. That evolved into hybrid applications combining CD-ROM and Web development. Prasad began offering Web development, at first with the PHP language, then jumping to Drupal and WordPress content management systems. Today, it develops high-end complex applications.

Things began to change for Web Epoch when Prasad began working with cutting-edge technologies that were just emerging. With the advent of the mobile economy, for example, the Web Epoch team began developing apps for customers who work on iPads, iPhones and other devices.

As the 3D-printer craze began to reach businesses, Web Epoch moved into 3D visualization and design. “We had a 3D printer at our booth at the New Jersey Build Expo,” Prasad told us. “In addition, we delivered a large 3D-printed model for Tilcon this year that helped in getting construction approval.”

NJTechWeekly.com asked Prasad for some lessons he learned during his 20-year-old company’s history. Prasad said the biggest mistake he made was “not diversifying early enough.” His products centered on the medical education for the pharma industry, and around 2008 that industry tanked. “I had heard that pharma was going through turmoil,” he said. But Prasad didn’t think that the downturn would happen so fast. As it turned out, pharma “stopped expenditures very early on in Q4 2007.”

Moreover, at that time a big chunk of the company’s income was coming from several medical-education clients. “That was a danger because due to the FDA ruling in 2008 on medical education grants, the entire continuing medical education industry collapsed, and we never recovered.” If he had known, he said, he would have minimized personal risk. “It affected me badly because it affected my house.”

“I also would have diversified across several industries and even raised capital to distribute the risk,” said Prasad. This time around, he is looking for angel investments to scale Epoch Slide and get it into the hands of more customers.

Prasad is very active in industry organizations like the Commerce and Industry Association of New Jersey, where he is a member of the technology steering committee, and the Healthcare Businesswoman’s Association, where he volunteered in the past to serve as the cochair of the e-marketing committee. He is also part of the NJ Technology & Manufacturing Association and BNI – Marketmakers.

A passionate entrepreneur who comes from a family of entrepreneurs, Prasad noted, “I have been recently granted a patent pending from USPTO [U.S. Patent and Trademark Office], and I am working on several more inventions. I can spend hours to bring something from concept to fruition. It is rewarding. If you can get paid for it, that is a plus!”