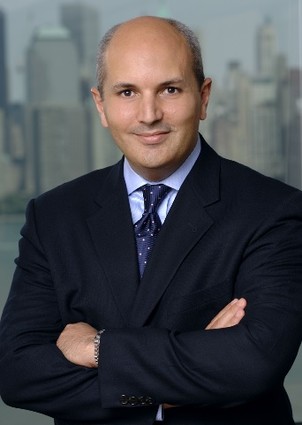 Jersey City-based FinTech analytics company Scivantage has revealed that it had raised $20 million in a mixture of debt and equity to fuel continued growth and product innovation.

Before the announcement, the company is believed to have received $34.7 million from its investor partners.

The capital raise includes debt financing provided by Comerica Bank (Dallas) and ORIX Ventures (Dallas and Tokyo) as well as an additional follow-on equity round led by existing Scivantage investors Brown Brothers Harriman Capital Partners (a global firm with offices in both N.J. and N.Y.) and Edison Ventures (Lawrenceville).

The raise lets the 13-year-old company do more in the same timeframe than it could have done had it not considered additional investment, Scivantage president and CEO Adnane Charchour told NJTechWeekly.com in a recent interview.

“Looking at analytics and creative tools that help customers make sense and have better insight into their data is an area we will be pushing very heavily over the next couple of years. This funding is just the beginning of that journey,” Charchour said.

“Scivantage has been working diligently to introduce new products in the marketplace,” he added. “We announced our incubator program about three to four weeks ago.” The incubator is meant to plant seeds for company ideas for the following couple of years, he said. NJTechWeekly.com covered the incubator here. Applications to the program are due by July 3, 2014.

“The incubator program is part of our story,” Charchour said, adding, “We are becoming an information-enabled technology firm that is transforming [ourselves] for our next stage of growth.”

Charchour explained that Scivantage went for a mixture of equity and debt in this financing round because the company has been around for a while, has income and is therefore able to use debt. “It was a cost-of-capital type of decision. Debt these days is cheap … . We felt we had done well from our success so far, so there was no reason why we should sell more equity if we could finance [ourselves] through our own cash.”

Regarding the company’s road map, Charchour said Scivantage continues to consolidate on its cost-basis side. “We made an announcement last year about a partnership with Broadridge Financial Solutions [Lake Success, N.Y.]. And that’s an area we will continue to focus on which solidifies us as a leader in that space,” he said.

Scivantage said at the time that its Maxit platform was integrated with the Broadridge processing engine and hosted in Broadridge data centers to provide clients a cost-basis solution backed by security, redundancy and scalability. Some Broadridge associates have since joined Scivantage.

“We will continue to invest in that,” Charchour said, adding that the firm will also put money into in new areas. “Option trading is an area we have been looking at for a while, and we are very interested in coming up with analytical tools associated with that. Over the next few months we will be rolling out products related to our activity in that space,” he stated.

The funding will accelerate the sales-and-marketing activity needed to bring these products to the marketplace and publicize them in the right way, Charchour concluded.