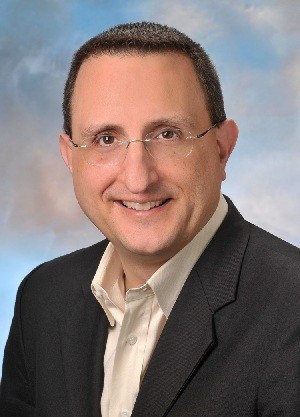 Before Superstorm Sandy hit and disrupted the tech business in New Jersey, NJTechWeekly.com interviewed Fred Dirla, CEO of FieldView Solutions (Edison). FieldView’s Bob Parker, VP of business development, had just presented at the 2012 IT, Telecom and Mobile Innovation Competition, sponsored by the New Jersey Technology Council (NJTC). In August, FieldView had been named Enviro/Energy Company of the Year by the NJTC.

To qualify for that program, a company must employ 75 percent of its W-2 employees in N.J. or commit to developing 10 high-paying jobs (minimum salary of $75,000) over two years; have a strong intellectual property position and/or satisfactorily available collateral and cash flow; be headed by a full-time management team (working at that company only) with domain experience; and have founders/a management team with equity in the company (sweat equity not considered).

FieldView provides innovative Data Center Infrastructure Management (DCIM) software to help very large data centers optimize their energy use. According to Dirla, the company helps managers of very large data centers track energy usage, look at carbon footprints and emissions and avoid disasters by alerting customers to critical power issues that could happen or are about to happen. Our interview with Fred Dirla:

How did FieldView evolve?

In 2002, I joined an Edison company called Energy Options as its COO. Prior to that I was with Enron, which went bankrupt in December 2001. In late 2006, one of our larger investment banking clients wanted us to work with them on an initiative to make their data centers more energy efficient. We started developing what has evolved into FieldView. Shortly after that, we offered the product to several other financial institutions and a publishing house, and we started getting a lot of traction. The original FieldView solution was a toolkit to help data centers optimize their electrical distribution systems.

In 2008, we hit an inflection point at the company in that we couldn’t grow on operating cash flow any more. We decided to go outside to the VC community to get some growth funding, closing a Series A of $2.75 million with Osage Partners (Bala Cynwyd, Pa.), Milestone Venture Partners (New York) and SJF Ventures (New York). At that time we spun off the company from Energy Options. After that we had a bolt-on round of $2 million and, of course, we just received the $1 million convertible loan through the NJ EDA’s  Green Growth Fund.

What strings are attached with the New Jersey money?

We have milestones we have to hit within an 18- to 24-month period to be eligible to receive the full $1 million loan. After five years, if we hit more milestones, 50 percent of the loan gets converted to a grant, and the remaining 50 percent remains as debt.

Will you be adding jobs?

We’ve already brought on five new employees and we’ve committed to hiring more. The rest of the money will be used for sales and marketing.

Where is your business located?

About 80 percent of our business is domestic. The remainder is spread throughout Asia, Brazil and Europe, and we have plans to expand in other international venues.

What is your latest innovation with this product?

While the core of the product is still the same, we have enhanced the look, feel, flow, navigation, algorithms used and metrics reports we give our users. We are on the 14th revision of our product, but we call it “version 5.” Probably the most exciting feature is its scalability. Our go-to-market strategy is to let the application handle very large data centers with a very quick launch cycle. There is not a data center out there we can’t handle from a volume perspective.

We’ve spent a lot of time and energy over the past couple of years so we could deliver that scalability. Of course, the user interface is always being refined, and the metrics and algorithms used to make sure the data center works efficiently are always being improved.

FieldView claims to give data centers a 10 percent savings. How do you tweak their systems that much?

Actually, we start out with 10 percent, but most of our clients are getting north of 20 percent savings. The way we do this is to give more visibility to data points that the data center operator traditionally couldn’t see. And we aggregate the information across the data center’s portfolio, so if they are in multiple buildings, that can measure one against another.

Who is your competition?

Many companies are addressing the core issues around power and data centers. They are monitoring power consumption, helping to reduce power usage, keeping track of facility assets and creating all sorts of hardware and software solutions in the space. All this is lumped into a category called “data center management,” and there are between 30 and 70 companies doing different things in this space. Yet FieldView is unique. We can handle the largest of the large data centers — the ones that consume the most electricity and have the greatest square footage and the most servers — and we have the ability to scale. Our software is used to monitor more than one gigawatt of power all over the world. We have a few adjacent competitors, but they sell power equipment to data centers and their solutions tend to apply primarily when you use their equipment. We are independent and agnostic.

Datacenter monitoring is now a hot-button issue. Do you think data centers’ wasteful use of power is as much a problem as was reported in the controversial recent New York Times articles.

I think it was sensationalized and overstated, but there were also some good points made. Obviously we wouldn’t have developed FieldView if there wasn’t a need. Much of the inefficiency in data centers occurs because companies don’t know what they have there, so they keep adding to it. FieldView gives them a window into their data sets that they never had before. We’ve unlocked the data center so they can see that they have perhaps 40 servers running at 20 percent of their load and that perhaps only 20 percent of their data center is being used. This window allows them to shut down areas not being used and initiate measures to reduce cooling and power consumption. It’s all about optimizing what you have and ensuring that when you deploy new servers you are taking advantage of the power and cooling you already have available. We do everything addressed in that article except turn servers on and off.

What’s next for FieldView?

If someone can put sensors on it, we can capture the information, so we are looking at water utilization and carbon utilization at data centers. We can normalize the data and make it part of our portfolio offerings.

What do you think of doing business in New Jersey?

I’ve been a New Jersey resident all my life, although I’ve traveled extensively. There is nowhere else I’d rather be. In terms of the business, the closeness to our customers and the talent of employees, New Jersey is one of the best states in the country. We realize that the state has gotten aggressive with taxes and regulation in recent years, but we think the Christie administration is doing a good job of trying to attract business back here again.

N.J. presents FieldView with a tremendous amount of opportunity. We are within such close proximity to Manhattan that we don’t have to live there. At every trade show we attend, there is a contingent from some state trying to lure us its way and entice us to relocate with some tax credits. I think the benefits we would get in the short term would be devalued in the long term from a talent perspective.

Are you hiring? Do you hire people right out of college?

We are always in a hiring mode, always looking for dot-net programmers. We find we are always looking at the local universities, but it’s a competitive industry and hard to bring someone on board with no background in a growth-phase company that is VC-backed. That said, our development team is growing. We are very close to signing two very large deals that will generate a need for another eight employees in the short term. In fact, we experienced double-digit growth in the past three years and expect to have triple-digit growth in the next 20 months.