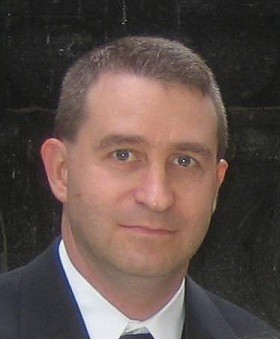 NJTechWeekly.com continues our interview with Dr. Jared Scherz, a Mount Laurel-based clinical psychologist and the founder of UFeud LLC. Scherz recently launched ufeud.com, a social networking website with some innovative technology that promotes constructive debate. What separates ufeud.com from other social networking sites is its ability to obtain measured feedback. The company says it takes social networking to the next level by offering formulated analysis and interpretation of social interaction behaviors.

UFeud has applied for a patent for its uscore technology: commenting, scoring and extrapolating technology for use with videos. The company’s ultimate business goal is social media television. It would like to make the television- and video-viewing experience simultaneous with social networking.

The ultimate vision for UFeud has evolved quite a bit from Scherz’s original one, so we asked him how he reconciles being a tech company CEO with his still passionate interest in conflict resolution. He told us, “If I can keep my eye on the other benefits of this technology, like assisting educational institutions and helping people have a voice, I’ll feel like I am meeting my existential goals while growing the company.” In this part of our interview we ask Scherz about UFeud’s monetization strategy and discuss the company’s future.

How will UFeud make money?

We have quite a few revenue streams. I think the mistake many websites make these days is they rely on too few sources, including advertising, which has really dried up over the past couple of years. One thing we are doing is producing statistics through the complex algorithms we’ve generated, so individuals, organizations and companies can find data. For instance, if politicians want to know how their constituencies are polling on a particular issue, we can provide advanced statistics. If a company is putting out a new product, a film’s pilot is debuting or there is a new TV show, we can give people some pretty interesting numbers on how that item is polling, and that will be a revenue stream.

Data mining is pretty common these days. We are amassing data, which is always a bit of a gray area because you want to protect people’s privacy. At the same time, though, you are gathering information that has value out there, especially using some hybrid technology we are creating around profiling people.

We will be selling the uscore technology and licensing it to the film industry and politicians. We’d also like to do some data syndication, so if people produce really interesting debates, and those debates become popular with uframes, we can provide financial incentives to those people to distribute them. Let’s say someone well known—for example, a local talk show host—puts a uframe on his site with a debate he created, and now 50 other people want that uframe. He’ll be able to sublease that and generate revenue for himself as well as income for the company.

What is happening with UFeud LLC right now?

We are just coming out of beta testing for both our social networking website and uframe technology. The majority of the bugs have been worked out, and we are planning a full-scale launch this year. We plan to provide our uframe technology for free to everyday users for the next year while we build our brand.

A second version of uframe is being developed—adding more features, greater customization for users and a sleeker design—which we will make available for a nominal cost. We are working with other countries right now to incorporate uframe technology into their entertainment industries.

Scalability is the key to our success. We are readying ourselves to grow rapidly. We have been invited to present to members of the film industry and are having initial conversations with media conglomerates about our ability to integrate into cable television. We also have affiliates in five different countries planning launches of our technology.

Every startup has trusted advisors who helped it along the way. Who are yours?

One of our team members, Jura Zibas, is an intellectual-property attorney in New York. We pitched to her four years ago, when we first came up with the idea. She was willing to help us out for a minimum investment. However, we used the Philadelphia law offices of Blank Rome to draw up the actual patent application. Our accountant is the Moorestown firm Boscarelli & Zaiss. Richard Zaiss helped us at the beginning and never charged us a cent.

What’s next for the company?

What we’d like to do is focus our energies on the uscore technology. Because it’s so novel and the Internet is changing so quickly, it will only be a matter of time before someone else comes up with this idea. Uframe technology is going to be self-supporting and doesn’t require a lot of work at this point, and we’d like to popularize it by giving it away for free. We can let that go on its own while we put our time into sales and marketing. Our next meetings will be with the film industry, the auto industry and a television station. All three have expressed some interest in our products.

We are also ready to introduce uframes to education here in the States, believing that high schools and colleges can easily integrate this technology into their curricula. For example, high schools could put up a uframe with a live feed of a presidential debate, allowing students from all over the country to debate right alongside the candidates.

Schools could insert uframes into their social studies lessons to watch a historic speech by Martin Luther King Jr. This tool will help students learn how to make powerful arguments and support their ideas with convincing data.

The potential exists for reducing stereotyping and prejudice through global debates among kids from classrooms in different countries. Students could gain confidence through public speaking using the uframe video option. They could develop an understanding of the polling and election process, and learn conflict resolution through positive peer influence.

Our “smart” technology is also being readied for our social networking site, to be released later this year. This allows for real-time feedback to users about their debate profile, which is completely automated. While other large websites use profiling to become better platforms for advertisers, we are using this advanced technology to help people learn.

Social media television is our ultimate business goal. We would like to make the television- and video-viewing experience simultaneous with social networking, so users can combine the experiences of watching TV and interacting with friends. While I can’t give away too much just yet, we are very excited about the possibilities.