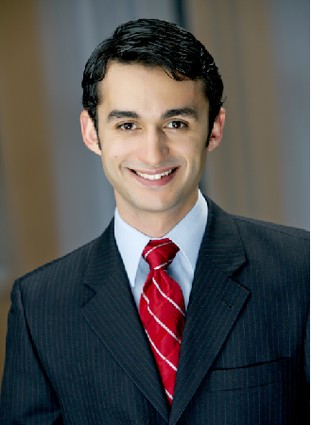 Since principals Jonathan Hakakian (JH), managing director, and Richard Magid (RM), founding investor, established the firm, the fund and the angels alongside them have made eight investments in six unique companies, including two follow-on investments. The company represents 22 individual investors and has made it clear that it would like to make more investments in New Jersey.

How did the idea for SoundBoard come about?

RM: SoundBoard grew out of our consulting business. Our company does leadership development, management training and coaching for small and midsize companies. We’ve worked with about 250 companies over the last decade, and we would work with startups for a reduced fee because they obviously didn’t have the funds to pay us our usual fee. We would help their management teams make key strategic decisions.

And when these startup companies began looking for money, we would go out to our network, making informal arms-length introductions. We had a robust network because of the work we did with successful entrepreneurs and their businesses. Because we were not a broker-dealer, we could not act as an intermediary for the startup for a capital raise. We decided to research developing an angel fund.

We were able to work with many of the successful entrepreneurs we knew to put together a committed fund. We also had the expectation that the investor limited partners would also invest alongside the fund. That would give us a decent level of capital to make some impact on the startups and early-stage companies we were examining.

Where is SoundBoard in its evolution?

RM: Although we have some capital left from our Series A raise — $1.5 million — we are now in a Series B raise for the fund. We are seeking new investors to bring additional capital into the fund. The fund’s average investment has been slightly over $100,000, and in all but one case the investments have been matched by one or more investors alongside the fund. Between the fund and the side investments, startups receive something between $150,000 and $250,000.

How has SoundBoard evolved since its inception last year?

We’ve become more opportunistic. Our original core areas included consumer products, tech that was consumer-facing, educational technology and healthcare services. Of our six companies, two — Tabtor and HigherNext (Philadelphia) — are in the ed-tech space. CooCoo (New York) is a mobile app for transit ticketing in cities.

[We’ve also invested in] New York-based Social Bicycles [which NJTechWeekly.com covered here], and one checkout app, Viableware (Seattle), that allows a restaurant to capture information about the people who are dining there and split the bill any way they want. Bizodo (New York), creator of SeamlessDocs, is a document management, document creation, online technology platform. We haven’t made any investments in healthcare, although we have looked at a number of possibilities.

Our bottom line: we really have to look at the strengths of our investment group. Our overall consensus is that we are not going to invest in anything that is very high-tech. We want to make sure we can get our hands around the company’s product and invest in something we can truly understand. We need to figure out how a company is going to create enough identity in the marketplace and drive their own niche. This is especially important in some of the spaces we’ve chosen to invest in because they are so competitive.

Jonathan Hakakian (JH): As you can see, we don’t have any consumer goods firms in our portfolio yet. We have looked at several consumer goods companies and three have made it to our due diligence process, but somewhere along the line we thought they were not the right fit. We do want to invest in those kinds of companies, but we just haven’t found the right one for our investor group.

Why haven’t you made more New Jersey investments?

RM: Tabtor, which is located in New Jersey, was our largest investment. A couple of our companies are in New York, one is in Philadelphia and one is on the West Coast. Our preference would be to invest more in New Jersey companies. In the markets we are looking at, we haven’t found the right investments for us. We would like to find more companies we could feel comfortable with in New Jersey.

JH: We are proud to be in New Jersey, where the governor has just enacted the angel [investor] tax credit, although we are pushing him to also incentivize entrepreneurs to start building more new companies here. We want the governor to promote the cool factor of starting a business in New Jersey. I see the startup scene in Hoboken moving right now, Princeton doing a lot, too, and Morristown and Asbury Park as hubs for creativity. We do think the tax credit is a big step forward.

RM: It’s important to know that we are looking for New Jersey companies. We are in Morristown, and we are open to give our advice to entrepreneurs and give them some time to flesh out their ideas. They may come to us a little bit early and need to get themselves calibrated before they go out to raise capital. I think too many entrepreneurs jump the gun when they first try to raise capital. We are definitely a place for them to get some grounding before they go out there and run into failure too quickly. That sometimes causes them to lose their energy and their desire.

[Part Two of this article will be published shortly.]

Previous: Tech Jobs Growing Like Weeds in NJ
Next: Sponsored Post: ESOP: Another Exit Strategy for a Mature Tech Company