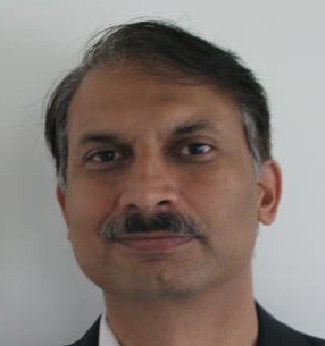 Jet.com: Hoboken e-commerce site Jet.com is launching to the public Tuesday, July 21, and all eyes will be on CEO Marc Lore as the industry evaluates how the high-profile company’s systems hold up to demand and if the company’s pricing model works as advertised. They’ll also be evaluating the shopping experience. Jet.com is an internet-based warehouse shopping club with a unique method of taking costs out of the system.  Jet’s technology platform optimizes orders for efficiency and empowers merchants with smart tools that enable them to offer lower prices without impacting profitability, CEO Lore said on his blog.  All cost savings generated through Jet’s platform get passed back to members in the form of lower prices. The site claims to be seven percent to 12 percent less expensive than “anywhere else on the Web.” Jet.com profits from membership fees only.

Axtria: Axtria, a big data analytics mid-stage startup headquartered in Berkeley Heights, received $30 million in a Series C funding round to expand its services into new verticals and to  grow its customer base, according to TechCrunch. The round was led by Helion Ventures, an early to mid-stage, India-focused venture fund with over $600 million under its management. Much of Axtria’s operations are in India. Silicon Valley-based Gururaj “Desh” Deshpande and backers Amar Sawhney, Richard Braddock and Fred Khosravi were said to participate, TechCrunch noted. Founded in 2010 by Jassi Chadha and Navi Chadha, the company helps clients make better data-driven decisions. Jassi and Navi Chada were previously cofounders of marketRx, which was acquired by Cognizant Technology Solutions in 2007.

VEESAG Mobile: VESAG Health Inc., based at the New Jersey Economic Development Authority’s Commercialization Center for Innovative Technologies (North Brunswick), announced that it had received a connected car patent and had changed the company name to VEESAG Mobile. First filed in January 2012, Patent 9,083,546 covers a system and method of monitoring a car, monitoring the health of the driver and connecting to an automation server at home. CEO Raj Sadhu said that a couple of automobile manufactures were already interested in using the monitoring technology in their cars. He noted that the reason for the name change was that the company’s work and products are no longer limited to the healthcare field. However, the company also has a smartwatch for health called MPERSENS (Mobile Personal Emergency Response System), which has been tested by Sprint, “and found to be capable for use on the Sprint network,” a release said.

CardCash: CardCash.com (Brick) cofounders Elliot Bohm (CEO) and Marc Ackerman (COO) were among those who received the NJ EY Entrepreneur of the Year 2015 Award at a celebration on June 25. The award encourages entrepreneurial activity among executives with potential, EY said in a release, and “recognizes the contributions of people who inspire others with their vision, leadership and achievement.” The company was also ranked as the fourth-fastest-growing company in New Jersey for 2014. That award was presented by NJBIZ.

KeyWe Meet—KeyWe Meet (Kingston), a dating site with a twist, launched this month. It allows customers to reconnect online with people they’ve met in person. Explained founder Jacqueline Tomko, when a user meets someone he or she is interested in, they exchange KeyWe Codes instead of phone numbers, enabling them to remain anonymous and delay the decision to disclose personal contact information. Customers can use their codes to search for a profile on the KeyWe Meet website, instead of being able to use the person’s name and phone number to search the Internet for personal information.

An added benefit is access to more information than you would have if you just exchange phone numbers, Tomko said, because the profile includes answers to questions, shows some pictures and includes contact information, including the user’s social media accounts and phone number. All of that information isn’t disclosed to until the reconnection request is accepted.

Tomko said she got the idea for KeyWe Meet from her own experience. She was tired of losing out on dating opportunities because she wasn’t comfortable giving out her phone number to people she met in a bar. Tomko said that she had used a development team in New Jersey to create her site.