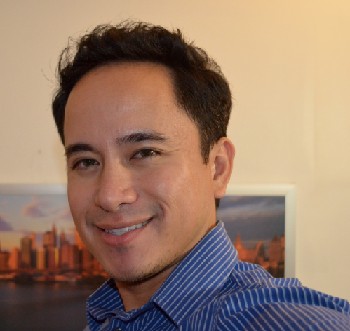 Phroogal: Phroogal’s story is an unusual one for New Jersey. As many of our readers know, Jason Vitug, cofounder of Phroogal, moved back to Elizabeth from Silicon Valley. He had been bicoastal for a while, but he recently bought out his cofounder and brought Phroogal to New Jersey to stay.

Now Vitug has taken another big step: obtaining a 6,000-square-foot facility in Elizabeth for Phroogal, with the aim of bringing a Silicon Valley sensibility to the entrepreneurial community here. He plans to make the office into a bare-bones coworking facility, with great Internet access, as well as Yoga, physical fitness equipment, a place to meditate, and a nap room—based on his personal belief that this kind of space will attract creative individuals.

The facility will appeal to companies trying to bootstrap a startup in Union county, said Vitug, who hopes to eventually acquire resources that will help these companies refine their ideas and execute them better.

In other news, Phroogal has been chosen by IBM as one of the five handpicked Extreme Tech Challenge finalists who could flourish in the IBM ecosystem using Watson’s cognitive-computing, natural-language processing capabilities.

Vitug explained that his company had entered into a competition sponsored by Sir Richard Branson; the grand prize was an opportunity to pitch to Branson on his private island, “Necker.” The finalists in that competition were to compete in Las Vegas during the Consumer Electronics Show. While Phroogal didn’t make it into the group of finalists, unbeknownst to Vitug, the company had been simultaneously entered into the IBM contest, which effectively bypasses the Las Vegas competition.

IBM said it combed through 2,000 applicants to come up with five companies that had the right stuff for a potential partnership.

Lumos Learning: Lumos Learning, based near Princeton but now working with a distributed team, is enjoying quite a lot of success and organic growth.

According to Krishnaswamy, the app, called “SchoolUp,” helps teachers communicate with students and parents. The free app also provides parents and teachers with a wide range of useful information about their school. It can be downloaded onto Android smartphones and tablets from Google Play.

Krishnaswamy said a simple use case would be a teacher messaging parents that he or she has put a homework assignment due next Thursday up on the white board. The teacher snaps a picture of the homework assignment and sends it along with the message to all the parents, so they can see what the children are expected to do.

Another example of a use case would be a teacher sharing information with parents about an upcoming PTA event. The app can also be used as a simple collaboration tool, said Krishnaswamy. For instance, as it can connect to Lumos Learning online tools, teachers can review students’ homework on the app.

There is additional information in the app for parents. For example, parents can see how their school district has performed on standardized tests or on other metrics. The app is currently free to parents and teachers.

It is worth noting that, last year, Lumos developed the Lumos StepUp Common Core Mobile App for Android, aimed at teachers, parents and students.

Navio Health: Navio Health, based at the New Jersey Institute of Technology’s Enterprise Development Center (Newark), announced that its application, Practice Unite, was selected by Hunterdon Healthcare (Flemington) as its single, secure, mobile platform. Practice Unite is a customizable, HIPAA-compliant smartphone application designed to improve communications and speed up workflows in hospitals.

Hunterdon Healthcare, which treats 8,600 inpatients annually, with 33,000 emergency department visits and over 292,000 outpatient visits per year, says it will use Practice Unite to streamline internal communications, enable its staff to communicate in a secure manner, improve physician-response times, and increase physician time with patients.

“After evaluating several different vendors and piloting a few mobile communications platforms, there was no doubt that we were going to move forward and partner with Practice Unite,” said Anthony Bellusco, web and mobile architect at Hunterdon Healthcare. “ In addition to the highly-customizable communications platform, the level of attention and service and support we received from the company’s customer engagement managers was exceptional.”

Previous: Changes Coming to TechLaunch Business Model as Accelerator Opens Application Process
Next: Hewlett-Packard will refund N.J. $7.5 million but will not deliver on social services contract