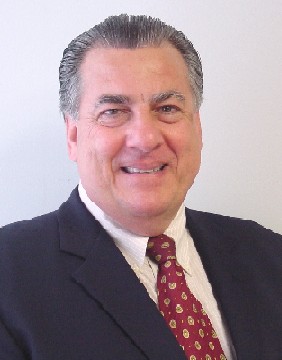 The startup accelerator TechLaunch (Clifton), founded with the support of the New Jersey Economic Development Authority, has made structural changes that will affect both the startups that apply to the accelerator’s 16-week program and the investors who fund those startups.

TechLaunch, housed off-campus at Montclair State, began taking applications on Jan. 5 for its fourth class. For this cohort, the accelerator is looking for companies specializing in machine-to-machine, Internet of Things, healthcare IT, med tech, enterprise software, telecom, software-controlled networks and Web tech.

In an interview with NJTechWeekly.com, Mario Casabona, TechLaunch founder and CEO, said that the changes were made to mitigate the risk for investors, and to increase the likelihood of success for participating startups. “We are trying to eliminate some of the companies that fail early,” he said, emphasizing that the change will work in favor of the companies who are accepted into the program.

The accelerator also wants to appeal to more mature, established seed-stage companies and to more committed entrepreneurs and teams. TechLaunch is moving a bit up the food chain, no longer looking for companies that have their ideas on the back of a napkin.

“Colleges and universities are now doing a fantastic job in supporting ‘back-of-the-napkin’ ideas,” Casabona told us. “We now want to help those committed startups execute their business model and raise funding.”

The most important change is that startups will no longer receive seed money up front in return for equity. Instead, they will receive up to $50,000 in matching funds after they have completed the program and have obtained their first $50,000 from investors. Of course, TechLaunch will continue to introduce the startups to investors.

Participating startups will have to be a bit more advanced than most of the startups in the first three cohorts — with a minimum viable product (MVP) and a team in place, including individuals who have already worked with each other.

They will also have to be able to live on savings or alternative sources of support during the 16 weeks of the program, which this year will run from May 26 to demo day, on Sept. 17.

In return for the sacrifice on the part of the startups, TechLaunch proposes taking a smaller equity position in the companies than it had previously. Companies in this cohort will be asked sign over only 5 percent of their equity (instead of the prior 8-10 percent), which will result in a higher valuation for the startups.

“There were a few companies offered places in previous classes who decided not to go with TechLaunch because the $25,000 and an 8 percent equity position related to about a [total] $325,000 valuation,” said Casabona. “So there was a huge hesitation from them about going into the program.” Startups that are post-seed, however, can have valuations between $1 million and $2 million.

Another change will be the initiation of rolling enrollment. Startups will be admitted on a first come, first approved basis. “We screen them, evaluate them, and then bring them into the program,” he said.

Companies that are selected earlier will have an advantage, as they will be able to benefit from mentoring, coworking space, and other perks prior to the official start of the program. Moreover, investors and mentors will have more time to get acquainted with them, said Casabona.

“This isn’t a pivot I am making lightly,” Casabona said. He noted that he had discussed the change with the TechLaunch staff and some of the investors and mentors. They all share the view that, though this this isn’t the kind of structure they normally see in an accelerator, it sounds like a good idea, and they are willing to see if it works, according to Casabona.

“That’s the thing with entrepreneurship,” he said. “If things don’t work, we can make a change quickly.”