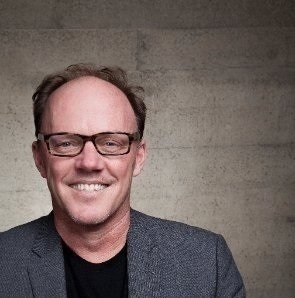 That’s how Startup Weekend Madison keynoter Garth Holsinger began his speech, making the case for startup founders to slow down and appreciate that innovative ideas can come from humble beginnings. Holsinger is a serial entrepreneur who was VP of Sales and Business Development at Klout and helped establish the company in its early days.

That’s hardly the message startup the founders in attendance had expected to hear as they embarked on a 54-hour intensive weekend to create new businesses.

Startup Weekend Madison took place the weekend of March 15, 2013, at Fairleigh Dickinson University. Some 75 developers, marketers and entrepreneurs participated, with 13 teams making it to the finals. Most, though not all, of the teams were starting new tech businesses. NJTechWeekly.com covered the process of choosing the teams here and will cover the winners in a future story.

Holsinger launched into a story about a “dumb” idea that turned into “something amazing.” He said a guy who had hated waiting in line developed a solution for queue management based on smartphones. The founder had thought people would want to be relieved of the pain involved in waiting in line to check into a hotel, for a flight or at Disney.

Said Holsinger, the app didn’t take off as expected because few people really care about waiting in line so much that they will buy an app.

“However, the scientist that founder worked with discovered something by studying lines. He discovered that the quickest way to board an airplane … is some crazy algorithm” that seats people individually by scattering where they sit. It shaves some 22 minutes off boarding a plane, said Holsinger.

“So I am really championing the dumb. Don’t be afraid to be dumb. It can lead to vast riches and tremendous experiences,” he noted.

Speaking about his own past, Holsinger said, “There was no way I couldn’t be an entrepreneur. When I would walk into a corporate building for a job, I would simply feel sick.”

Holsinger discussed Founders Weekend, a startup he had recently begun. Through the firm, Holsinger flies “amazing founders of amazing companies” to a destination and spends an entire weekend with them. The startup is now fully sponsored, with worldwide events planned. “I’m very proud of it,” he commented. “I started it in three or four hours myself. It can be done.”

“My question,” he said, “is, Is that a lean thing or is it fat? I think it was more of a fat thing. I think the fat startup has potential, and sometimes it is good to have a little space to think. Some people aren’t group people; they are solitary people. I want to champion the solitary people [who want to begin startups]. We need to leave them alone.”

Holsinger provided the following tips and opinions from his years of being a startup exec:

Previous: Another Delay in Getting Electronic Health Records to First Responders
Next: New Opportunities for NJ Tech Startups in Real Estate, Healthcare IT