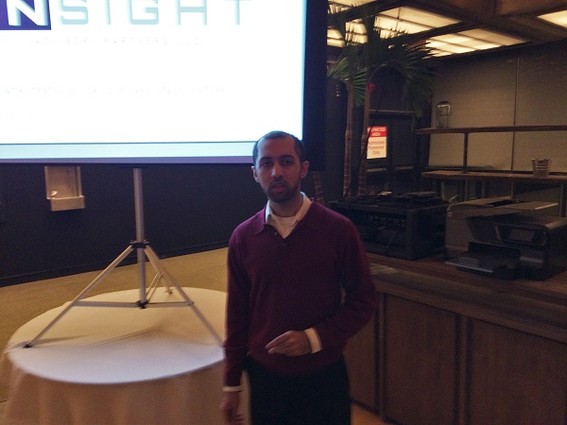 A few years ago, a Princeton-based startup hired Vijar Kohli as its CFO to raise money for the company, which offered billing and other administrative services for physical therapists.

He recalled that he had planned to stay only several months to steer the company, which ultimately raised about $900,000, through its first round of financing.

Instead, the 26-year-old Seton Hall University grad and former investment banker spent nearly two years at the company to help get it off the ground.

During his stint at the startup, Kohli found that the company lacked focus: It was taking on multiple tasks associated with starting a company, a common problem for many entrepreneurs.

Faced with a burn rate of $30,000 a month, the company needed to conserve cash, so Kohli devised a plan that allowed the startup to reach key objectives for its growth.

Today, the company has three franchises in New Jersey and the Midwest, and is in the process of raising more money.

Kohli went on to start a consulting firm with his college classmate Michael Ojo. There they spent their time sifting through business plans of startups in the healthcare sector.

Later, at a networking event, Kohli and Ojo met the two principals of a New York consulting firm that specialized in the consumer goods industry. After several months of discussions, Kohli and Ojo merged their firm with Insight Advisory Partners and, in turn, he said, boosted that firm’s network and net worth.

This experience led Kohli to appreciate the benefits of leveraging partnerships, a necessity for both struggling startups and established firms.

Kohli has found that many entrepreneurs stumble along the way. They tend to encounter such vexing problems as building teams, bringing products to market or executing their business strategy during the early days of a company’s operations. “This is where most people fail,” he said.

Kohli advises founders of early-stage companies to concentrate on their goals if they want a chance at success. “The real game is to stay focused on where you want to be next.”

Unfortunately, many entrepreneurs, especially younger ones, have a hard time staying on course. “They are trying to do everything,” Kohli said.

To alleviate this problem, Kohli suggested that they do only one or two things that they excel in.

When starting a company, the factors that entrepreneurs need to consider are the scalability of the company, employee productivity and the company’s resources.

As for resources, startup founders must be extremely prudent in their spending habits. For example, instead of writing big checks every month for luxurious office space, it would be advisable for startups to set up shop in office-sharing facilities. “That’s a great way to start a business,” said Kohli.

Another important step for startups is to differentiate themselves in the marketplace. If they fail to do so, they will risk losing out to competitors who have invested the time and effort to build clearly identifiable brands.

“The reality is that there are so many businesses out there, you need to differentiate yourself,” Kohli said, citing companies like Amazon, Alibaba and Walmart that have built highly recognizable brands and successful business models.

Startups also need to place a greater emphasis on building teams that will play a vital role in the company’s growth. Kohli noted that they need to adopt a “pay them and train them” approach for their workers, which will significantly reduce expensive hiring and training costs and help keep top employees from seeking jobs elsewhere.

Kohli also recommended that startups create a professional board of advisors, enlisting business executives who have been successful in their respective industries.

These executives can often provide the proper guidance that startups need in order to reach the next level. Without an advisory board, Kohl said, building a startup can “can make you or break you in some situations.”