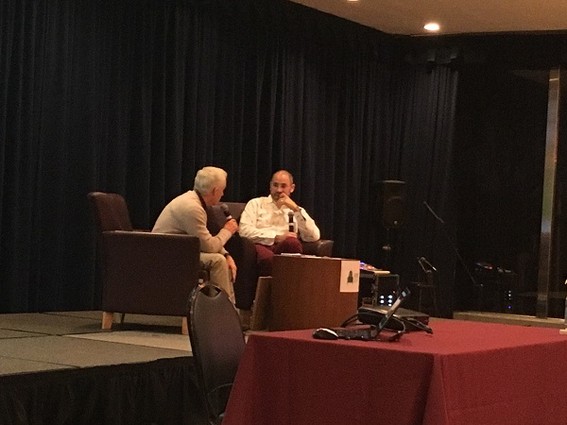 If you want to find someone who has been observing tech entrepreneurs for years and has something to say about them, that should be Eric Schurenberg, president and editor-in-chief of Inc. magazine.

Schurenberg came to the NJ Tech Meetup in December for a “fireside chat” with organizer Aaron Price and provided some insights about entrepreneurship based on his experience at Inc.

The NJ Tech Meetup takes place monthly on the campus of Stevens Institute of Technology, in Hoboken. At each event, more than 150 tech entrepreneurs, developers and others interested in the tech startup scene mingle and network against the backdrop of the New York City skyline.