Home » Opinion » STEM superstars are still here … so why aren’t we publicizing them more?

[This opinion piece was reposted with permission from ROI-NJ. The orginal can be found here: http://www.roi-nj.com/2018/11/08/tech/stem-superstars-are-still-here-so-why-arent-we-publicizing-them-more/]

At one point during the gala event — while the latest company, university or individual was being honored for their groundbreaking patented innovation, taking their Eddy Award in their finest evening gown or tuxedo and thanking the spirit of Edison for the inspiration to do such amazing work

— Tony Cicatiello turned to a crowd of STEM all-stars and asked the room full of geniuses an easy question:

“Can you believe this was all invented in New Jersey?”

The audience, in the theater at the Liberty Science Center in Jersey City, just laughed.

They didn’t need the 39th Edison Patent Awards, created and run by The Research & Development Council of New Jersey, to know some of the most innovative patents and products are still being developed in New Jersey by some of the world’s top companies. They live it every day.

But Cicatiello, the president of the R&D Council, couldn’t help but wonder how many others need to know this.

Need to know that groundbreaking innovations are still going on in New Jersey.

Need to know that New Jersey not only can compete with Cambridge and Silicon Valley and other hotbeds across the globe, but that the state’s finest are doing so now.

Just listen to some of the patents being honored:

The ability to quickly and accurately transfer information across ocean floors … the ability to produce cell and tissue products taken from postpartum placenta to harness the unique properties of human cells … the ability to identify messenger RNA, which is critically important in tracking the exploration of gene expression in diverse fields ranging from immunology to neurobiology … the ability to purify water in underdeveloped areas … the ability to have a better internet, better solar panels, even improved cranberries.

All of these concepts were imagined in New Jersey. (Get the full list here.)

“These ideas and breakthroughs are not all happening in Boston and California and elsewhere,” Cicatiello said. “And the reason is simple: Fundamentally, we have a base of people with talent and knowledge and they like to be able to stay close and collaborate.

“Science is getting so sophisticated that you need to have the collaboration. We have a lot of good scientists in this state and they want to stay here. They like being here. They like raising their families here. Yes, it’s more expensive, but if we provide the kinds of incentives that I think they need, it will continue.”

To do that, the state may need to provide the right kind of marketing, too.

Cicatiello, who helped bring “New Jersey and You, Perfect Together” to the airwaves in 1982, knows that as well as anyone.

He’d like to see a campaign — similar to the one he recently saw from New York — that reminded everyone else that research and development started in New Jersey and is still in New Jersey.

“It needs to be done by the governor’s office and it needs to be a major campaign,” he said. “It can’t be a $1 million or $2 million-dollar campaign.

Cicatiello thinks the idea has a shot.

He has been impressed by Gov. Phil Murphy and the way he stresses the innovation economy. He knows there is interest — and far more than there has been for at least eight years.

“I know he wants to get involved,” Cicatiello said.

The sell, he said, is easy.

The event certainly proved that.

Nine of the biggest STEM companies in the world (BASF, ExxonMobil, Honeywell, J&J, Merck and Siemens to name a few) were honored. As were four universities (NJIT, Princeton, Rutgers and Stevens) and three individuals, including former Bell Labs star Dr. Alfred Cho.

Cho earned the R&D Council’s highest honor, its Science & Technology Medal; Cicatiello thinks he could be line for the state’s next Nobel Prize.

That would be an event worthy of a night of honor — which is just what the R&D Council held.

“People need to know about all of these New Jersey companies doing all of these great things,” he said. “The governor is talking about an innovation economy.

“Tonight, shows it’s already here. We just need to build on it.”

Previous: Future of EdTech Subject of Thoughtful Conversation at Jersey City Tech Meetup
Next: InnCreTech Seeks to Ramp up Its Incubator Work with Funded Startups

207 More posts in Opinion category
Recommended for you 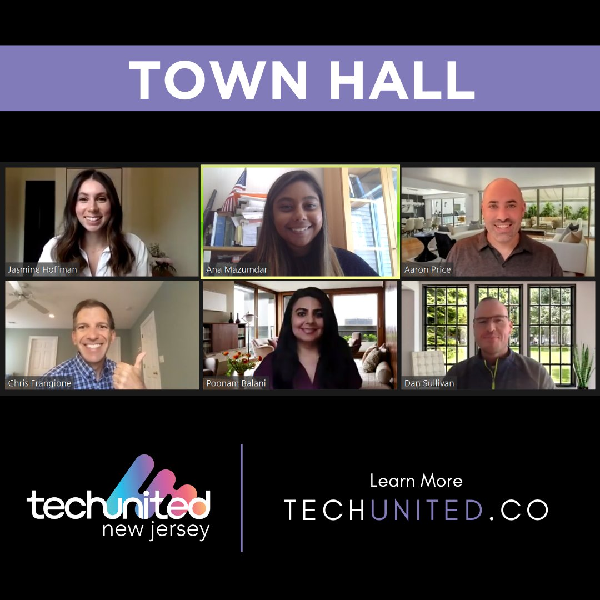 Opinion: Why TechUnited Matters to the NJ Tech Community

Today, Aaron Price and his team turned a page in the history of the NJ...

Check it out! Sweldens Talks about Entrepreneurship and Video Innovation at Kiswe during Princeton Tech Meetup https://buff.ly/2OcqsG1