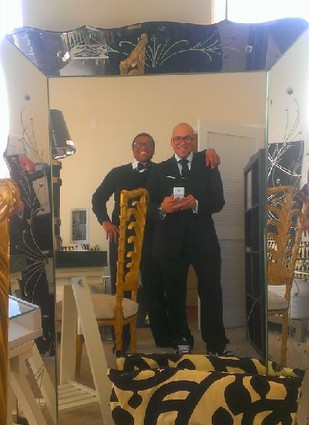 [Reposted from BrickCity Live with permission of the author. The original piece can be found here.]

The team behind Medina=Citi, the Newark-based design firm that counts many Newark businesses and entrepreneurs among its client roster, will soon launch = Space (pronounced “Equal Space”), a pop-up coworking space geared towards technology companies, entrepreneurs, and creatives in and around Newark.

Medina, co-founder and creative director of Medina=Citi, said he hopes to inject the productive energy and creative culture of his design firm into the new coworking space. “So much of my success has been due to an open dialogue within the walls of my design house. We are bringing that spirit into our sharespace,” Medina said.

The coworking space will open on Monday, August 11th, at 89 Market Street, and be available for use from 9am to 6pm on Mondays, Wednesdays, and Fridays, and from 9am until late night hours on Tuesdays and Thursdays, to accommodate those entrepreneurs who work primarily during the day. = Space will offer daily, weekly, and monthly pricing plans, as detailed on their website.

Its founders say = Space will be outfitted with workstations and buzzing with programming, including coaching for technology companies, resources for entrepreneurs, and thought leadership talks from guest speakers. They also hope that working together in close quarters will empower entrepreneurs to learn from and collaborate with each other.

The space will cater to the other needs of its patrons, Medina said. Among some of the features of = Space will be wi-fi, conference space, an “honor-based cafe” that Medina envisions as “an open space to sit with a beverage, [and as a] school playground to sit and talk.” There will also be “a small putting area in the back for a mini golf session,” he added.

While much attention has been paid recently to the residential and commercial development boom in Newark – and the centralization of the lion’s share of that development within the downtown district – Newark has been enjoying a people-based renaissance over the past few years. Energetic entrepreneurs and artists, both homegrown and new to the city, are investing themselves into the city and forming creative, social, and entrepreneurial communities with each other. Medina and his firm have been key players in all three aspects of that renaissance.

The team is also working on the launch of its permanent coworking space, which has been in the planning stages since the start of the year, and will be located in Newark’s Lincoln Park neighborhood. Medina=Citi chief operating officer Rafael Roman said that while they’re finishing the permanent space in the historical property in partnership with CAPC (Community Asset Preservation Corporation), “[our] intention is to provide our services immediately.”