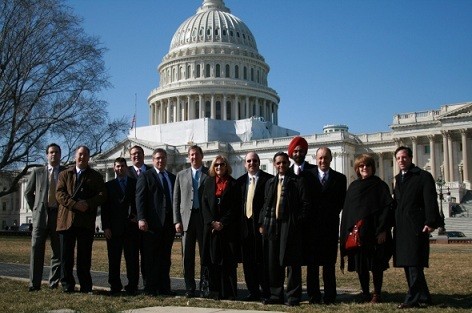 Since then, the JOBS Act has been passed, the R&D credit has been extended (although the NJTC wants it made permanent) and immigration reform is now on the table. Still, there is much the federal government can do to help tech and life sciences businesses in the state.

The Washington trip acts as a great equalizer among companies. Large ones often have their own industry lobbying organizations, but small and medium-sized companies have difficulty getting the ear of members of Congress and senators. Smaller companies attending these Tech Treks can speak directly to their representatives about national issues affecting their particular firm or industry.

This is what Ballen wants the N.J. tech community to know: “If you care about having your issues heard, come with us to Washington, where you’ll have an opportunity for a small, personalized, customized visit with legislators.

“I would say that 95 percent of the legislators we approach take the meetings with us. We are not generally an organization that has to meet with just aides,” she added. Ballen did note that in some cases it is better to meet with aides, because they are specialists in certain issues.

“I just hung up with a law firm that represents one of our members who needs an issue resolved,” she said. Ballen had the lawyer ask the company CEO to go to Washington with the group. His personal presence — and making his needs known one-on-one to his local member of Congress — is better than Ballen’s “standing there trying to represent him,” she said.

“We have seen true modifications, extensions, changes, paradigm shifts in our representatives’ thinking” when they see CEOs passionately “talking about the impact of legislation on their 100-person company. A lightbulb goes off, and they understand,” she noted.

This year, like last, the NJTC will be partnering with TECNA (the Technology Councils of North America) and CompTIA (the Computing Technology Industry Association). Participants will hear speakers covering diverse topics such as cybersecurity, the proposed first responder network and how to support high-paying Science, Technology, Engineering and Mathematics (STEM) jobs.