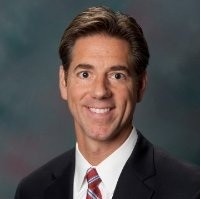 One recent transaction was the acquisition of Marlton-based ONPATH Technologies by Massachusetts-based NetScout Systems, Inc., which was announced on November 1 of last year. In an SEC filing, NetScout said it would pay $40,000,000 for ONPATH minus the cost of any company debt.

NetScout said in announcing the deal that about 45 existing ONPATH employees will be integrated into NetScout’s ongoing operations. NetScout Systems, Inc. (NASDAQ: NTCT) decribes itself as a “market leader in Unified Service Delivery Management enabling comprehensive end-to-end network and application assurance.” In its last quarter NetScout reported net income of $11.1 million on revenue of $91.6 million,up from $83.3 million a year ago.

[This story was originally posted Feb. 3, 2013 by Philly Tech News. It is slightly modified and reposted with the author’s permission. You can find the original article here.]