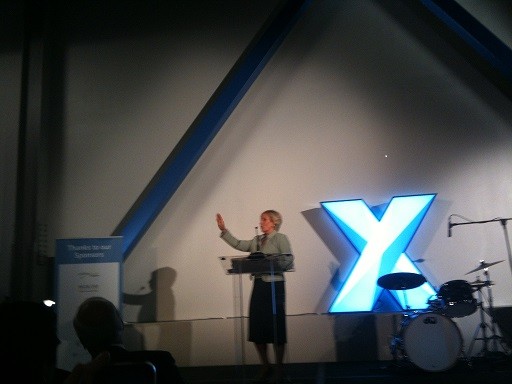 (One of our readers’ frequent comments is that it often takes too long for NJTechWeekly.com to fully cover a conference or meeting we attend. So here is a short recap of where we went and what we did last week, until a more in-depth story can be produced. We’ll try this out for a while to see if you like it.)

Tuesday June 18: NJTechWeekly.com covered a luncheon talk by investor Cristian Ossa of the Delaware Crossing Investor Group at the Venture Association of New Jersey in Whippany. Ossa decided to make his talk more useful by giving some not so common examples of what investors should do and when to do it. His analogy was that matching an investor to an angel is like dating: it’s OK to exaggerate your good points a little in the beginning of the relationship to get the investor to like you, but you’d better be honest about yourself as the relationship matures.

Wednesday June 19: On Wednesday, we stopped by a big data conference at Stevens Institute of Technology in Hoboken and heard some discussion about where this technology is currently and where it is going.

Second, we went to a ribbon cutting and cocktail party at Telx in Clifton for the opening of the company’s state-of-the-art data center. The building is secure and beautiful. The party was really a celebration of the hard work of the Telx team and the late Eric Shepcaro’s vision for the data center. Shepcaro’s family cut the ribbon, the Lt. Governor and other local N.J. officials spoke. Former NY Giant great Phil Simms answered questions from the audience.

Thursday June 20: On Thursday we had to choose from many great conferences and meetups. NJTechWeekly.com attended the NJTC Mobile Applications Forum at Fairleigh Dickinson University (FDU) in Madison where we caught up with some companies we had covered before like Echolocation and Pervasive Group makers of mmGuardian and met some new ones. The winners of the awards in many categories were fine examples of mobile apps that had some depth. Panelists also discussed topics like whether mobile advertising is intrusive.

Later that day, NJTechWeekly.com covered the NJ Tech Meetup with speaker Peter Bell who gave some in-depth tips to non-technical founders on how to either interview a technical cofounder or find a good development group here or abroad. Lighting up the meetup this month were the six student entrepreneurs from the Hopes Cap Inc. entrepreneurship program. These ninth graders pitched everything from an idea for an app to suggest delicious food diabetics can eat to an ingenious scissors designed to make complex shapes for cooks.

Friday June 21: We found ourselves negotiating the Garden State Parkway to go to a Jersey Shore Tech Meetup at Cowerks in Asbury Park Friday night. The traffic was awful but it was worth it. NJTechWeekly.com networked with a lot of great developers and others. Greg Besner took the group through his entrepreneurial journey, from selling chips on the beaches of the Jersey Shore at age 12 to setting up two companies in N.J. and going on to become part of NY-based Secondmarket’s success story. Besner has just left Secondmarket and is planning a new venture in stealth right now. We want to encourage him to keep whatever he creates here in N.J.

Saturday, June 22: Laurie Petersen covered the HackingAsbury hackathon for NJTechWeekly. From the photos she tweeted back it looks like a great success.