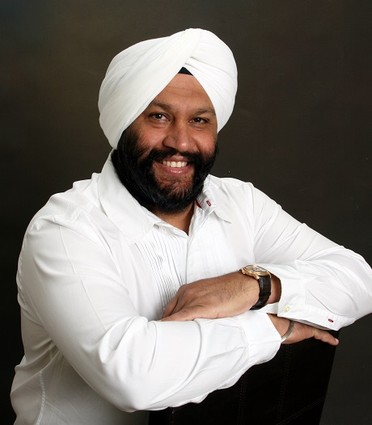 Jassi Chadha is the founder of Berkeley Heights -based Axtria, the 32nd fastest growing company in the U.S. according to Inc. Magazine. | Courtesy Axtria

Each year  Inc. Magazine  publishes a list of the fastest-growing private companies in the United States. The magazine breaks down the list by state. NJTechWeekly.com found these tech companies on the state list.

1.     Axtria (Berkeley Heights) is a big data-analytics “company that provides data analytics and software products designed to advance the sales and marketing decisions of its customers in life sciences, finance, retail, and technology industries, while also mitigating their business risk,” according to Inc. The company, which has 176 employees, came in at number 32 in the country on the U.S. list and number one in N.J. Its three-year growth was listed as 7,351 percent with $9 million in revenue.

2.     Technomax (West Windsor) is an IT consulting, staff-augmentation and implementation company providing services to the financial, manufacturing and healthcare industries. Technomax has 18 employees. Its three-year growth was 3,225 percent and 2013 revenue $4 million.

3.     Intelligent Audit (Rochelle Park) is a cloud-based software company that works with high-volume shippers. It performs audits and analysis and “negotiates on behalf of more than 1,200 high-volume shippers worldwide to recover funds they are entitled to and to save them money on rates,” according to Inc. The company’s three-year growth was 3,122 percent and the company’s 2013 revenue was $318.8 million.

4.     Sphere Technology Solutions (Hoboken) is an IT provider that specializes in “data governance, security, and compliance for financial, pharmaceutical, transportation, and manufacturing companies. The woman-owned company has a three-year growth rate of 2,524 percent with 2013 revenue pegged at $3.6 million. [We covered Sphere here.]

5.     CardCash.com (Brick) buys consumers’ unwanted gift cards for up to 92 percent of each card’s value and resells them at a discount. The company’s three-year growth was 2,182 percent and its 2013 revenue $55.8 million. [We covered CardCash here.]

6.     VDX in Cranford specializes in “desktop and data center transformation technologies (Microsoft and Citrix) that help companies redefine the way that desktops and applications are delivered to their end-user community,” the Inc. article said. The company’s three-year growth was 1,996 percent and 2013 revenue $8.9 million.

7.     iQuanti, located in Hoboken, provides “analytic software and consulting services to monitor and provide insight into the web presence and online advertising campaigns of its customers,” Inc. said. The company’s three-year growth was 1,654 percent with $5 million in 2013 revenue.

8.     FlexWage Solutions of Mountainside has a payroll card that it links to human-resources (HR) and payroll systems so employees can access “earned but unpaid wages between pay periods,” Inc. said. The company had a three-year growth of 1,337 percent with 2013 revenue of $2.6 million.

9.     Re:think is a Ramsey-based Internet marketing firm specializing in search-engine optimization that has developed several thousand websites for its clients, according to Inc. The company’s three-year growth was 1,267 percent with a revenue of $7.1 million.

10.  ApTask, an Edison IT staffing company serving companies in the finance, pharmaceutical and consumer-goods industry, grew 1,092 percent over three years with a revenue of $15.3 million, Inc. said.