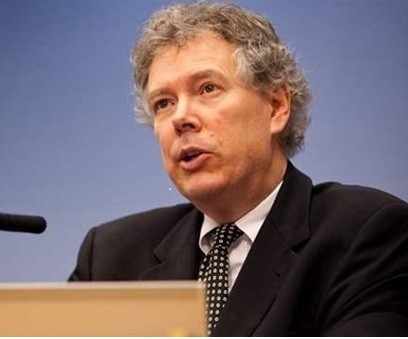 Every year at this time NJTechWeekly.com takes a look at the stories that received the most hits and tries to identify themes that make these stories so interesting.

5) The fifth most read story involved smart immigration policy and how changes in the law could help advance N.J.’s high tech companies. The story –Smart Immigration Policy can Help NJ Tech Companies Fill High Level Spots—came from a conference put on by Einstein’s Alley, a private, nonprofit economic development authority located in the Princeton area. NJTechWeekly.com thinks the discussion hit upon a “pain point” companies are experiencing as they try to hire workers throughout the region.

4) The story that garnered the fourth most hits involved jobs. It was: After the Employment Trend Survey: What NJ’s Tech Industry Can Do, Part 1. At the New Jersey Technology Council’s annual meeting, the Council, along with Jim Bourke of WithumSmith+Brown and attorney Kurt Anderson of Giordano Halleran & Ciesla, revealed the results of a survey they conducted about tech employment trends in N.J. The survey’s results were widely reported, and some were disturbing, such as the result that said that N.J. tech employers didn’t know how to find qualified military veterans to fill jobs. So NJTechWeekly.com asked some of the players: What can we do to change these dynamics? Part 2 of that story is here.

3) The third and second most read posts involved New Jersey’s tech hubs, areas of the state that are embracing the tech startup community, specifically Newark and Hoboken. In our third most read story– Can Newark Become Another NJ Tech Hub?— we chronicled all the events and startup activity in the Newark area championed by the likes of Anthony Frasier and Steven Royster and the New Jersey Institute of Technology (NJIT). Newark has gained even more momentum since that article was written.

2) Our second most popular story was Hoboken Taking Steps to Become NJ’s Tech Hub. Most of the hits to this story came before Superstorm Sandy’s blow to the city of 50,000. Hoboken has been trying to become tech startup friendly, develop a tech culture and even introduce technology into the fiber of the city. Despite the Sandy setback for Hoboken, groups like the NJ Tech Meetup and efforts by Mayor Dawn Zimmer and the Hoboken City Council continue to have a growing impact on the N.J. tech environment.

1) Taking the number one place this year was a report written in May about a Jersey Shore Tech Meetup called Location Aware App Technology Featured at Jersey Shore Meetup . We’d like to think that the potential of this technology and the presentation by Brock Butler of Spirent (Eatontown) was so important that it excited our audience, but we’re realistic. The story probably gained its popularity because it had cultural icon and TV show Jersey Shore in the title.

Honorable Mention: We’d like to take a moment to mention the biggest story of 2012—Superstorm Sandy. Our SuperStorm Sandy coverage, which occurred over many stories and many days, collectively garnered the most hits we received overall as we tried to cover the storm’s impact on and the good works of the N.J. tech community in response to the storm. Here are some of the Sandy links: