Home » government or politics » News » Opinion » Tech for Business » Want to Partner with an Israeli Tech or Life Sciences Firm? Now’s the Time.

New Jersey tech, life science and manufacturing companies have a unique opportunity to partner with their Israeli counterparts in a research and development effort that will lead to commercialization.

The state signed a memo of understanding between the New Jersey Economic Development Authority (NJEDA) and the  Israel Innovation Authority (IIA) in 2018 to create a mechanism through which New Jersey companies could work side by side with Israeli high-tech firms. This is the first implementation of that mechanism.

The bottom line is that if you’re interested in this opportunity, you’ll have to move fast and fill out the required form to express your interest. The deadline is 3:00 p.m. on November 29. Visit this website for the complete details. The official name of the program is the New Jersey-Israel Innovation Partnership Initiative.

“We think this is an excellent opportunity for New Jersey companies. The challenge we have is we want to make sure that everyone who might be interested has had an opportunity to hear about it, check out the specific application requirements on the website and determine if this is the right fit,” David Campbell, vice president and director of the NJEDA’s Office of International Trade and Investment (OITI) told us in an interview.

So, we are letting you know about it.

Why is this such an important opportunity?

It’s no secret that Israel is known as a country devoted to developing cutting-edge technology. One look at Waze app on your smartphone will tell you that. Here are a few additional facts:  Israel invests more in R&D than any other country in the world, with 4.3 percent of its GDP spent on R&D. The country has more startups per capita than any other country, with one for every 1,400 people. In 2017, 700 startups raised a total of $5.2 billion in capital.

There are several requirements for the program. Participating companies need to be already engaged in R&D or manufacturing in New Jersey. They must be able to contribute at least $250,000 to their proposed projects, but can offset that amount by providing “in-kind support,” for instance by allotting existing salary costs to the projects or using expensive equipment. Companies don’t have to take a loan or get a source of new capital from an angel investor or VC to be able to participate in this program.

To be eligible, a company must have an R&D project that falls into one of the sectors that Governor Murphy identified in his economic plan: life sciences, clean energy (especially offshore wind), information and high tech, non-retail food and beverage, advanced manufacturing, advanced transportation and logistics, and finance and insurance. “We think this program fits a lot of areas that the state wants to double down on,” Campbell noted.

It goes without saying that it could be profitable for the New Jersey companies that jointly develop new technologies with an Israeli company. If your project is approved, the IIA will fund up to 50 percent of the Israeli company’s portion of the joint budget, and that amount is not capped. In fact, it’s possible that the investment will be funded one-third by the New Jersey side, and two-thirds by the Israeli side. “That’s an amazing opportunity for the New Jersey tech company to leverage almost double the amount of funding,” Campbell said.

This mechanism also enables New Jersey companies to gain access to the Israel tech ecosystem and to start relationships that could lead to other projects and access to talent resources.

After the New Jersey companies have been selected, the IIA will issue a call for proposals to identify Israeli companies as potential partners.

Just being approved by the IIA, which Campbell described as a leader among public authorities engaged in this type of activity, is a feather in the cap of any New Jersey company, an “indirect seal of approval,” he added.

According to Sara Cadeddu, senior trade and investment analyst at the NJEDA, the cooperation agreement will regulate the partnership. “We want it to be a true partnership, and not just a contracting arrangement.” The IIA has experience in making sure these partnerships are regulated in a fair way, she said. Several countries and some other states in the U.S. go through this organization for their economic development efforts with Israel.

Think you are a match? Don’t let this opportunity slide by.

Previous: Sadly, the VOICE Summit Will Not Return to Newark for 2020
Next: Entrepreneurs “Zen Out” at Jersey City Tech Meetup

35 More posts in government or politics category
Recommended for you 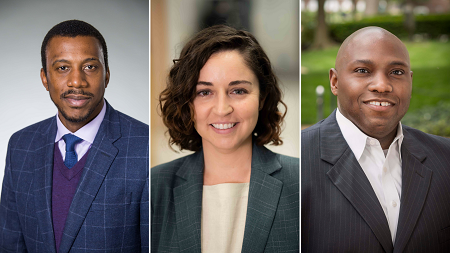 Opinion: With an Emphasis on Diversity, Princeton-Led I-Corps Hub Will Energize the State’s Research-Based Startups

Princeton University recently made news for being selected as the leader of the Northeast Hub...