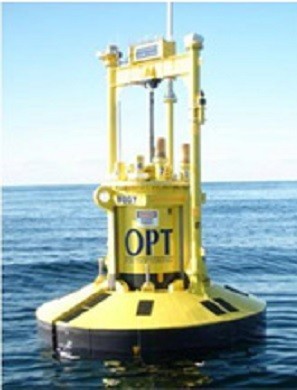 There is turmoil at Ocean Power Technologies (OPTT), the Pennington-based provider of systems that generate power from the motion of waves.

Director David Keller then became the interim CEO. Keller, who had served as a nonexecutive director of the company since October 2013, is an accomplished power industry executive.

In a release, OPTT said Keller had previously served as an independent director of ThermoEnergy (Worcester, Mass.) from April 2013 to May 2014 and as president, CEO and director of Global Power Equipment Group (Irving, Texas) from September 2009 to June 2012.

OPTT also announced that the board of directors had appointed a special committee, composed of outside directors and the interim CEO, to conduct an internal investigation of the agreement between Victorian Wave Partners (VWP) — a project-specific operating entity wholly owned by the company’s subsidiary Ocean Power Technologies Australasia — and the Australian Renewable Energy Agency (ARENA). The committee will also investigate related public statements concerning the project.

The committee will retain outside counsel to assist with the investigation, the release stated.

The news resulted in an immediate 34 percent drop in the price of OPTT stock and the filing of a spate of class-action lawsuits.

According to the FAQ section of the Robbins Geller Rudman & Dowd website, it is “typical in securities class action lawsuits that several law firms will file similar complaints. This is simply because different shareholders contact and retain different law firms to pursue the same matter. Generally, the cases will be consolidated and heard by the court as one lawsuit, with each of the law firms participating on behalf of their clients in a capacity to be determined by the court.”

On June 10, 2014, the Rosen Law Firm (New York and Los Angeles) said in a press release that it is investigating potential securities fraud claims against OPTT resulting from allegations that it may have made false and misleading disclosures concerning VWP.

Said the firm, “In 2009, VWP was founded to develop a wave generator project off the coast of Victoria, Australia. In 2012, OPTT acquired a 100 percent interest in VWP. Since then, OPTT has repeatedly touted VWP’s prospects to investors. In particular, OPTT touted a purported agreement with the Australian Renewable Energy Agency to provide a $66.5 million grant to develop the wave generator and milestone payments established through this grant.”

The Rosen firm said it was preparing a class-action lawsuit on behalf of the shareholders.

The law firm Kirby McInerney (New York and San Diego) also entered the fray, filing a class-action lawsuit in the United States District Court for the District of New Jersey on behalf of investors who had acquired OPTT securities from January 14, 2014 through June 9, 2014 (known as the Class Period).

The lawsuit alleges that OPTT had an agreement with ARENA to partially fund the company’s developing an ocean wave-based power station off the coast of Portland, a city in Victoria, Australia. According to the complaint, during the Class Period, the company made several public statements about that agreement that caused OPTT’s stock to trade at artificially inflated prices.