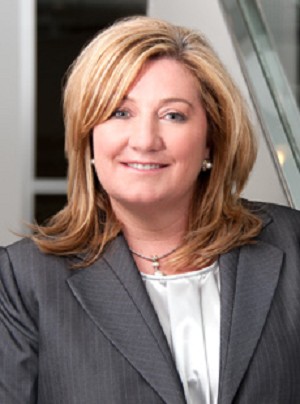 For those who don’t know, Inc. Magazine publishes a list of the fastest-growing private companies each year. The ranking is based on the percentage growth in each company’s net sales over the prior three-year period—in this year’s case, from 2011 to 2014.

The magazine also breaks down the list by state. NJTechWeekly.com found these tech and tech-related companies on the New Jersey list.

1.     ConsultADD (Jersey City, #85 on the full list) is an IT services company that also has offices in Pittsburgh and  India. The company has found a niche in big data, big-data analytics, Hadoop, data visualization, Oracle business intelligence, Basel implementation, and cloud implementation. ConsultADD’s three-year growth rate was 3,662 percent, with a 2014 revenue of $6.7 million. The company has added 85 jobs since 2011.

2.     Marketsmith (Cedar Knolls, #97) is a data-driven direct response strategy firm. The company says, “We are much more than a strategic direct response marketing and direct marketing firm. We are a full service marketing agency that takes an innovative approach to creating and executing data-driven strategies that maximize clients’ ROI and foster target consumer engagement. … Data exists, but we give it life; we give it a heartbeat.” Marketsmith’s three-year growth rate was 3,420 percent, with its 2014 revenue at $103.1 million. But only one job has been added since 2011, according to Inc.

3.     USEReady (Metuchen, #113) is an agile business intelligence firm focused on governance, analytics, and security. The company says, “Unlike some of the traditional approaches being practiced in the industry, we have taken a platform centric approach to BI governance implementation. Our self-service BI governance platform – USEReady ONE is purpose-built to solve all self-service BI issues. It helps increase control and governance by providing active oversight and security of underlying BI infrastructure and data sources … allowing business users to own their data and develop their own insights, making it the only enterprise ready governance solution out there.” USEReady grew 3,059 percent in three years, with a 2014 revenue of $15.4 million. The company has added 95 jobs since 2011.

4.     Appeagle (Hackensack, #291), Appeagle provides intelligent repricing through a continuous process between its software and Amazon. “The entire process happens in seconds and allows you to obtain the Buy Box more often, as well as sell more at higher profit margins,” the company says. Appeagle’s three-year growth rate was 1,566 percent. Its 2014 revenue was $2.6 million. The company has added 23 jobs since 2011.

5.     Re:think (Ramsey, #330) is an Internet marketing firm that specializes in search engine optimization, and has developed several thousand websites for small businesses, according to the Inc. profile. The company is the result of the 2009 merger of two companies: Sound-n-Vison Designs and The Parker Group. Its three-year growth rate was 1,424 percent, and its 2014 revenue reached $11.3 million. The company has added 22 jobs since 2011.

6.     CardCash.com (Brick, #348) buys consumers’ unwanted gift cards for up to 92 percent of each card’s value and resells them at a discount. The company says it is the largest gift card exchange in the world and offers a 45-day card-balance guarantee. The company’s three-year growth rate was 1,349 percent, with its 2014 revenue pegged at $94.7 million. CardCash has added 112 jobs since 2011.

8.     Axtria (Berkeley Heights), #511) creates data analytics and software products designed to advance the sales and marketing decisions of its customers in the life sciences, finance, retail, and technology industries, while also mitigating their business risk, according to the company, which is also based in India. A recent TechCrunch article noted that  Axtria “offers a series of data analytics applications and services in the cloud. It counts over 10,000 individual users from more than sixty clients. That roster is based in the U.S.” Recently, we covered the company’s $30 million series C raise here. The company’s three-year growth rate was 901 percent, with a 2014 revenue of $17.7 million. The company was also a job producer, adding 358 employees since 2011.

9.     ADjector (Tenafly, #650) A mobile advertising platform that uses a proprietary engine to display targeted advertising based on consumer demographics. ADjector’s three-year growth rate came to 697 percent, with a 2014 revenue at $2.9 million. The company added 4 jobs since 2011. [NJTechWeekly.com was unable to independently verify this company’s continued viability.]

10.  Precision Technologies (Kendall Park #668) According to the Inc. profile, Precision “implements a wide range of IT applications and services including client-server application development, ERP package implementation, and application maintenance outsourcing.” The company’s three-year growth was 675 percent, and in 2014 its revenue reached $5.7 million. The company has added 60 jobs since 2011.

Previous: Juniper Awards Scholarships to Fledgling New Jersey Engineers
Next: Want to Know What Microsoft is Doing in New Jersey? Ask Its Rep on the Scene, Nick Landry