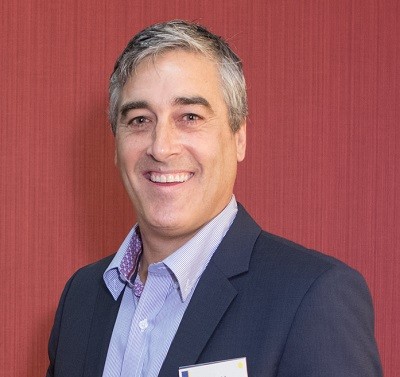 Cyberbullying is a big problem in the United States, and Todd Schobel and his team at STOPit (Bedminster) are out to nip it in the bud wherever and whenever it’s found.

Schobel founded STOPit after hearing the tragic and compelling story of Amanda Todd on the news. Amanda had been brutally cyberbullied and later committed suicide. Schobel was profoundly affected by this. He told us, “When a child comes under an attack, especially a cyberbullying attack or a campaign against her, it doesn’t go away. It’s not like a bully at school that you can escape when you go home and you are safe.” Amanda Todd’s mother, Carol Todd, now sits on the STOPit advisory board.

Schobel explains that bystanders—the other kids at school—all know what’s going on around them, but the adults don’t. The kids keep it all inside their insular world. Schobel says that no child should have to keep these things in and deal with them alone. It’s overwhelming, and the abuse is so bad, he went on, that it’s “just mind-numbing what happens and the stories that you hear. They go from one day when everything is fine to the next day when people are telling them to drink bleach and die and nobody likes them.”

Schobel, an inveterate serial entrepreneur who doesn’t code himself, set out to develop an app that empowers children and others to be able to intervene when they see bullying happen in person or online. He made the app anonymous, so there would be no friction to stop an observer from reporting during those crucial first 10 or 15 seconds after a child sees the abuse going on. Schobel knows that retribution can be swift for those who report these kinds of problems, and he didn’t want anyone who was doing good to be called a “snitch.”

That’s why STOPit was designed not only to be anonymous, but also easy and fast: children can send a report in just a couple of seconds, before they have the chance to second guess their decision, and while they’re still acting on their better instinct to do the right thing. Once the abuse is reported, the adults can come in and, as Schobel puts it, “wrap their arms around the child in crisis.” It is intended to be simple, fast and powerful.

STOPit has been wildly successful and is being adopted by schools throughout the United States on a large scale. Schools tell him that they didn’t realize how powerful the app would be and that its deterrent effect was surprising. Kids are thinking twice before posting anything that could be construed as cyberbullying.

In addition, children are reporting all kinds of behavior the adults didn’t know was happening—from who is selling heroin in the school to gang fights. School officials are seeing a change in the culture of their schools, with children and teens more “free to be themselves” and “not walking on pins and needles,” Schobel said.

Schobel likes to call STOPit a technology company that is using technology for good, to combat and counteract the technology out there that is being used for bad. The company has expanded to offer a version of its offering to universities, to combat such things as rape, abuse and hazing on college campuses. STOPit also has tools specifically designed for corporations, to facilitate whistleblowing and compliance in regulated industries. All of STOPit’s tools include baked-in compliance reporting, so that schools, universities and companies can seamlessly report incidents submitted via STOPit to state governments or agencies if they are obliged to do so.

One of STOPit’s most valuable features is “STOPit Messenger,” a secure, private and anonymous messaging system that allows school administrators to get back in touch, in real time or later on, with the Good Samaritan who has reported a problem. “What happens,” Schobel tells us, “is that kids say Jimmy is in trouble, but school administrators might have ten Jimmies in the school. They need a way to talk to the reporter to get enough good information to handle the problem.” The ability to carry on an anonymous dialog with an incident reporter is a key part of what makes STOPit stand truly apart from any other type of reporting platform.

Schobel said that the company is now selling its software to government agencies, and is already doing some work at schools in cooperation with the U.S. Department of Labor. It is also looking into creating a public app through which people can report anything anonymously. STOPit is expanding internationally, and has an affiliate in Japan that is selling the software there.

When did you launch the company? November 2012.

Product name (s): STOPit, the original K-12 product; STOPit U, a specialized version for colleges and universities; and STOPit Pro, for companies.

Any employees yet? If so how many and how many in New Jersey? We have 26 employees in total. All but one resides in New Jersey. Our near-term plan calls for us to hire 10 more.

Funding: We raised $10 million in 2015 from angel investors. Senior management also invested in the company during that round.

Market you are serving: While we are serving the education and corporate marketplaces, we are also providing a tool for insurance companies who want to mitigate risk. STOPit can deter behaviors that lead to insurance risk. At the end of 2015, the company signed a deal with Great American Insurance Company, which insures 11 million students nationwide.

I’ve lived in New Jersey for over 45 years and have loved every minute of it. I feel the drumbeat of New Jersey in my veins. So, naturally, when I decided to start this company, I wouldn’t have considered going anywhere else.

With technology, you get the good and the bad; and STOPit addresses the bad by using technology for good. STOPit’s unique technology addresses all sides of the issue of inappropriate behavior both online and off—empowering fast, easy and truly anonymous reporting; enabling effective investigations; serving as a deterrent; and mitigating risk. We are effecting societal change for the better. It’s about empowering the human race to rethink how they interact with one another.

3.     Why can you address this problem better than anyone else?

We have smart technology and we make it simple to use. We are passionate about our mission and our goals, and our dedicated people make this company what it is! We are a world-class software enterprise, and our app was honored by CNN as an app that can change the world! As I like to say: “Inspiration drives vision. Fuel it with passion, and anything is possible.”

When children experience cyberbullying, they are consumed with trying to stop it. They may know they should tell somebody, but they feel embarrassed and don’t want to invite retribution. They just can’t bring themselves to tell anyone, so they keep these things inside. I pictured a young child in a corner, with their hands over their face trying to fend off an attacker, shouting “stop it!” Thus the name of the app, and the company was born.

5.     What was the biggest mistake you’ve made so far in your entrepreneurial journey, and what did you learn from it?

Trust! I’ve learned that trust must be earned and respected. I feel I was too quick to trust a few people early on in my journey. I wished I had recognized that sooner.

6.     When was the last time you thought about quitting your startup and going back to corporate life, or doing something else? What got you to stay?

I never gave this any thought. When I take on a mission, there is no such thing as quitting! Let’s be clear, though: You doubt yourself, your approach and your methodologies all the time. At night, after my kids go to bed, I think of them. I start thinking what will I do if. … Just don’t let the demons win, and be sure to pivot when necessary. To quote Ben Horowitz (cofounder of Opsware), “As a startup CEO, I slept like a baby. I woke up every 2 hours and cried.”

Raise capital from day one! Very early on, people were telling me that I should be a nonprofit, but I learned early on that a nonprofit model is a barrier to scale. You are constantly fighting and begging for money. I felt the smarter approach for our company was to market, to get the word out, and to build a bigger, more robust business that way, so that we could earn the money that we need to save and help kids. I decided to build a for-profit business so we can be powerful enough to do what we need to do to get this thing done. I bootstrapped for the first year and a half. I was also hesitant to share my idea with investors. If I had it to do over again, I’d go early on with a proof of concept to investors and try to get some seed capital going. It takes a tremendous amount of capital to do what we are doing, and I think that would have gotten things done a lot sooner.

Ernst & Young events. I found that the EY events are excellent. I was nominated two years running for Entrepreneur of the Year. The EY people were amazing to me. I didn’t win, but they said to me, “This is a journey, and we want to follow your journey and we want to help. We want to expose you to people. We want you to talk to other entrepreneurs and learn and grow.” I had the pleasure of going out to Palm Springs for their huge gathering for the EY Entrepreneur of the Year awards. For me it has been an amazing journey of learning and networking. Being an entrepreneur can leave you in a very lonely place sometimes, but it’s nice to be able to talk to other people who are going through the same thing.

9.     What does your family think of your being an entrepreneur?

I’ve been one my whole life, and they have supported me at every turn! I guess that means they “DIGit” J.

My family. My wife, first and foremost. She is my check and balance. She never tells me what to do, and that makes me think. She never says “can’t,” and that keeps me pumping. She is brilliant in so many ways. The world is lucky to have her, and no one more than me!

Previous: Verizon's big plan to beam super-fast internet to your home
Next: Opinion: Propeller Shows Startup Momentum is Building on This Side of the Hudson