Twenty middle-school students gathered last month in Robert Holmes Gardens, in Edison, to present ideas and prototypes regarding the apps they had been developing during a tech-focused after-school program that lasted four weeks.

The goIT program, a technology awareness initiative sponsored by Tata Consultancy Services (Edison), was designed to help students gain the skills and confidence they’ll need to pursue STEM careers. Since it launched in 2009, goIT has engaged more than 10,000 students in over 100 school districts across the country.

The students in the goIT program learned the basics of mobile app development and then presented mobile-app projects of their own to a panel of judges. Their projects were designed to solve challenges such as the long lines at New Jersey MVC offices or the lack of student access to free telehealth emotional and mental health support services.

Sixth grader Dedrick Harvey was inspired by one of his teachers, who has a son with autism. His team wanted to create an app that would make service animals available to autistic students, who could benefit greatly from contact with them. “When he gets mad, he starts banging his head on windows and desks and all that. A dog would help him calm down,” said Harvey. “I talked to my teacher about our project. She said that it would be a good project. That made me want to do the project more.”

The students in the goIT program started with wireframing as their introduction to coding. They then progressed to an app called “MIT App Inventor,” which they used to build out their app wireframes in preparation for the next steps. “It has been nice because I get to meet new friends, get to work with technology and learn different things,” Harvey said. “I think I want to do more technology, IT-related things.” 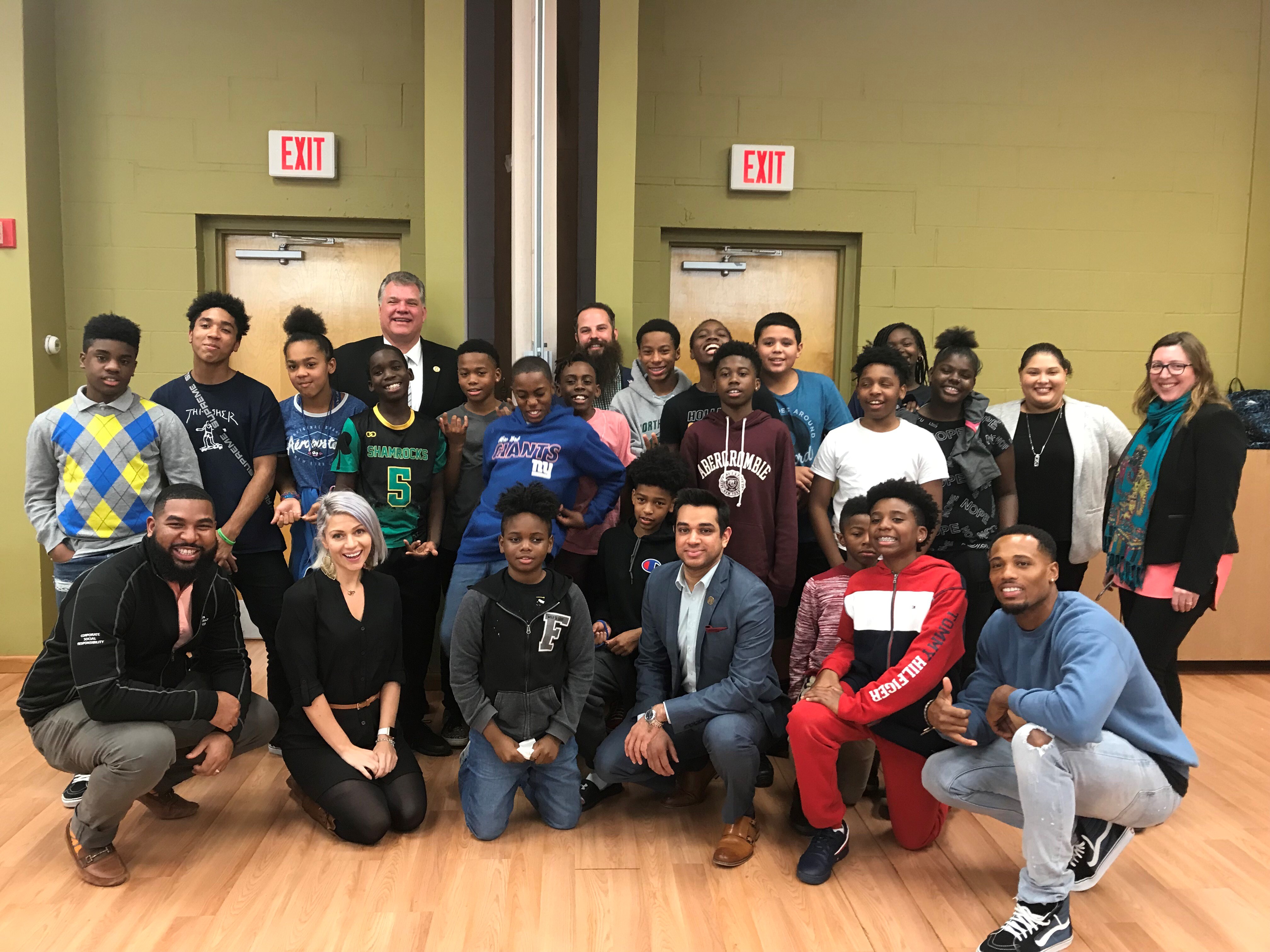 The goIT curriculum was a part of “Edison’s Got Swag,” an eight-week after-school program that provides tutoring and technology-focused activities for students who live in public housing developments. A public‒private partnership including the Township of Edison, Edison Housing Authority, Tata Consultancy Services, and a number of community-based organizations made the program possible.

“The purpose was never to develop a fully functional app over the course of several meetings because that’s impossible,” said Lonald Wishom, government and community partnerships manager at Tata Consultancy Services.  “We wanted to get students interested and consider what does it mean to do computer science? What is it to be an IT professional?”

Professionals from different areas of the industry mentored the students, and told them about IT careers that are nontechnical in nature, such as marketing and sales.

For the remainder of the program, the students will be exposed to robots and sensors similar to those used in self-driving Tesla cars, and to a blend of the arts and IT; for instance, they will learn about careers in theater design and technology.

TCS traditionally works directly with schools or nonprofit organizations and have not partnered with the housing authority for programs prior to this. Michael Campbell, Youth Office Coordinator for City of Edison, was adamant about providing programming for the middle school aged students who live in the public housing complex.

“When you’re low-income and you’re getting some of your housing paid for, that’s a clear indication that programming is going to be difficult for you to pay for. A lot of times, you don’t have expendable funds to pay for things,” said Campbell.

The pilot program was filled to capacity, having accepted 20 students. However, there is a growing waiting list. The program’s coordinator had encouraged parents and kids to come and sign up, only to end up turning them away because the program had reached capacity, NJTechWeekly.com learned.

Outside of the fact that there wasn’t any programming here, even if they were to go somewhere else, they can’t afford it,” Campbell continued. “It’s important for me to create resources and outlets for these kids.”