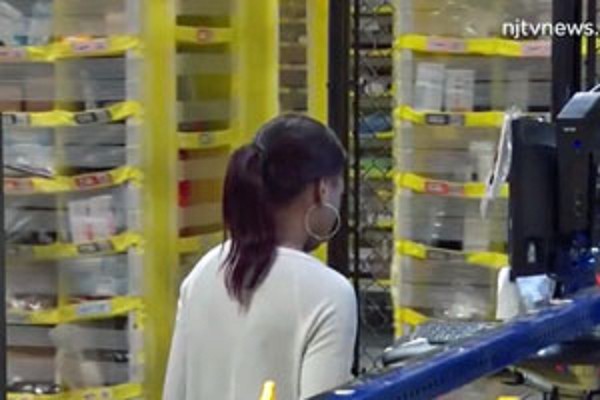 While Newark and dozens of other cities across the country are still waiting to hear where mega-retailer Amazon will locate its coveted second corporate headquarters, the company is moving ahead with an expansion of its New Jersey fulfillment-center operations as online sales continue to flourish.

Amazon has already become one of the state’s largest employers – it would tie for fifth on the state’s latest official list based on the company’s newest figures, with 15,000 workers primarily at a stable of 10 fulfillment centers, all closely tied to the New Jersey Turnpike. The company’s New Jersey locations, which range from Logan in South Jersey to Teterboro in the north, gives it easy access to the state’s 9 million residents, but also 40 percent of the nation’s population that lives within 24 hours of the state.

“We want to exceed expectations in customer delivery and response, and so I think you’re seeing us meeting the demand in New Jersey, and the Northeast,” said Rachael Lighty, the company’s regional public-relations manager, during an interview with NJ Spotlight yesterday.

In addition to reducing product-delivery times, those Amazon facilities have also provided a boost to the New Jersey economy during what’s been an overall slow recovery from the Great Recession. The jobs are not only in the fulfillment centers, but also include corporate positions and those at Amazon-owned Audible Inc., its Newark-based audio-book seller.

West Deptford next in line

Amazon’s presence in the state, it says, should inevitably lead to more jobs even as the company relies more heavily on new technology like robotics. A new, 1,000-employee facility is due to open next year in West Deptford, Gloucester County.

“It’s kind of the opposite of the typical viewpoint about robotics, where robotics equals less jobs,” said Andrew Spata, another company public-relations official. “In Amazon, robotics equals more jobs. We have a higher headcount than a traditional, legacy building would have.”

The warehouse and fulfillment-center field that Amazon is a part of is one segment of an industry sector in New Jersey that’s known as transportation, logistics, and distribution (TLD). Amazon isn’t the only company that is taking advantage of New Jersey’s key location and transportation-infrastructure network as online shopping and e-commerce continue to chip away at traditional brick-and-mortar retail.