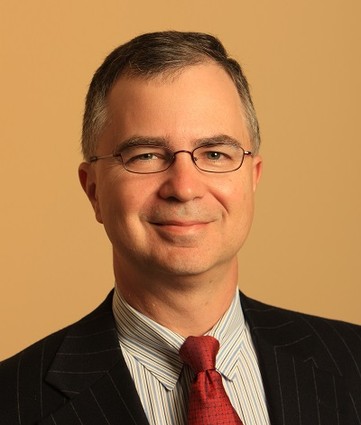 In January, the Stevens Venture Center (SVC) announced the first company to graduate from its ranks of startups: FinTech Studios, which has moved to offices in Manhattan.

A part of Stevens Institute of Technology (Hoboken), the SVC was established to help fledgling student, faculty and related companies by providing them with space, advice and expertise, and by exposing them to a network of investors, entrepreneurs and other seasoned tech and business people.

FinTech Studios was founded by CEO Jim Tousignant, who ran the Scivantage FinTech Incubator Program (Jersey City),  established by Scivantage President and CEO Adnane Charchour and Stevens Institute of Technology. Previously, Tousignant had been cofounder and president of Multex, a leading provider of online brokerage research, earnings estimates and fundamental data that was acquired by Reuters.

The company mines a curated list of a couple of million websites that offer news, business information, financial information and government data. “We extract data from them. We tag and organize them in a database. So, if I’m looking for news about Apple, Stevens Venture Center, or Tim Cook, FinTech Studios will deliver a much more relevant, robust set of information. We also do this in 32 languages,” Tousignant explained.

“Then we take that data that we mine and build not only the ability to find it, but the ability to create dynamic filters, channels and alerts.” They also analyze the data to “help surface timely, relevant information that would affect public or private companies, markets or market segments in the global capital markets.”

According to Adrienne Choma, director of the SVC, FinTech Studios was on board from the moment the center opened, about 18 months ago.

Tousignant recalled, “We were the first company in the space when they opened the SVC, primarily because we had acquired a company that was a Stevens Institute of Technology startup called ‘iUbble.’ We made that acquisition more than two years ago, and that accelerated a lot of what we are doing. However, our relationship with Stevens goes back more than four years.”

Kevin Barresi, a Stevens graduate and founder of Hoboken-based iUbble, joined FinTech Studios as cofounder and  CTO. He was only one of the Stevens connections that have helped Tousignant move his startup from an idea to a company that employs 10 full-time people and has raised $1.5 million in capital. FinTech Studios also saw its sales increase six-fold in 2017 over the previous year.

Tousignant not only met Barresi through the SVC, he credits the close connections he made through the SVC’s Entrepreneurs-in-Residence program with helping him advance his startup. For example, he met Raymond P. Thek, vice chairman at the New York law firm Lowenstein Sandler, who provided him with introductions to potential investors. One of those contacts resulted in Tousignant’s receiving $1.1 million through KEC Ventures (New York) in July 2017.

Connections to the Stevens ecosystem, including access to the faculty, the campus, the student body, alumni and the administration, was very valuable, he said. “It’s a great university, and they have highly talented people. They are very entrepreneurial. So, it created an energy, a vibe and a network we could tap into. We subsequently hired two recent Stevens graduates, who, in addition to our CTO, make up our core engineering team,”

Under Choma’s leadership of the SVC, Stevens built a physical space for the center, “a place where entrepreneurs could work together to build things,” Tousignant said. “It was very important early on, when we didn’t have an office, to have space to work together, and even when we ultimately had an office in New York, we still spent time at the Stevens Venture Center for a lot of reasons.” A physical presence “is as important as all the other things Stevens provides to startups,” he said.

The timing of a company’s graduation from the SVC is determined through a conversation. “FinTech Studios had become self-sustaining, they raised a good amount of money, they are well on their way both in revenues and maturity, so they didn’t need the support of an incubator anymore,” Choma said.

The SVC currently has 14 companies in its program, and it’s talking to several others that may become members. “The low point is around graduation time, when some of the student-based companies leave. If they are not at a point of self-sufficiency, they often have to go off to find jobs. And we had as many as 21 companies,” Choma said.

“We are now expanding … to introduce the underclassmen to entrepreneurship at the Venture Center, so that the younger students start on their ventures early on, and hopefully succeed by the time they graduate, so they can be self-employed.”

Choma said that the SVC will be providing training to student companies in such areas as how to develop business plans and what they’ll need to prepare before they’re ready to speak to investors. “We are identifying where we can add more value through programming in addition to what we are doing now.” Previously, SVC had a monthly speakers series that covered topics of interest to entrepreneurs, “but that was open to the entire campus and the Hoboken community,” and so was not specifically geared to the needs of the SVC entrepreneurs.

Out of 14 companies at the SVC, 10 are student-based and four are faculty-based. “It’s a good trend, getting more faculty involved in commercializing the technology they developed here at Stevens,” Choma added.

Previous: A Tale of Two Cities: Newark and New Brunswick Further Their Goals to Become Tech and Innovation Centers
Next: Amazon Expands Chain of Warehouses Along NJ Turnpike