Part of VCR Group, FFC bills itself as the world’s first members-only private dining club where membership is purchased on a blockchain as an NFT.

Under Flyfish’s operating model, members own and control the access to their NFT memberships as assets, affording them an option to resell or lease their NFTs to another individual.

At its launch, FFC minted 3,000 tokens and sold over 1,500 memberships, reserving the other half of the tokens as a hedge against “flippers,” according to Hanlon.

The founders sold 350 of the memberships in a presale for an internally vetted/curated list of customers — including investors, partners and friends — who had helped the founding team along the way.

The remaining 1,150-plus tokens (about 75 percent) were made available for purchase by the general public at the OpenSea NFT marketplace, which currently hosts a secondary trading market for the FFC tokens, with a handful of memberships listed for resale.

Once purchased, the NFTs entitle the holders to access to the physical 150-seat restaurant, and FFC Omakase members (a more exclusive level) will have their own 14-seat room at the new space, which is expected to debut in 2023.

The exact New York location has yet to be announced. In the meantime, all the FFC members, plus invited guests, have the option of participating in an array of exclusive, members-only culinary, cultural and social experiences — some in person and others virtual.

A sampling of VIP member-only events that have already taken place in 2022 include:

The current membership comes from all over the world, according to the founders, who believe that many of the early purchasers among the general public were “likely looking to make a quick buck and/or were excited about the FOMO [fear of missing out] possibilities” of this groundbreaking concept.

Their feeling is that memberships will eventually end up primarily in the hands of fans of the cuisine, high-level service and the unique VIP-level experiences.

In addition to the award-winning team of Rodolitz, Hanlon and Capon – who collectively have a wealth of hospitality and restaurant industry experience — another important hook to this venture is the participation of famed serial entrepreneur and investor Gary Vaynerchuk (aka GaryVee).

In addition to the previously mentioned FFC VIP perks, several virtual (via Zoom) wine tastings have been hosted by Vaynerchuk, each accommodating 500 members; and those scheduled for the future will take place every four months.

Well known for his wine expertise, Vaynerchuk currently serves the FCC organization in the founder/chairman role. Coincidentally, he was a very popular presenter/speaker at a Propelify festival a few years ago.

At their session, the cofounders on hand indicated that they are restaurant-focused first, with NFTs, Web3 and a Discord presence as secondary, but necessary, goals.

Blockchain technology can also be tapped to verify the authenticity and traceability of the fish and other top ingredients used to prepare the club’s gourmet style cuisine.

According to the FFC founders, the unique concept was born during the Covid pandemic, which was understandably a very challenging, as many folks craved comfort in smaller, private spaces.

It was also a difficult time for the hospitality industry at large. GaryVee first publicly announced the Flyfish concept on CNBC in August 2021, approximately 17 months into the pandemic.

In the current restaurant environment, many operators face shrinking industry margins led by the rising cost of goods, labor and rent. As a result, the FFC partners are especially excited about creating a business plan in which they generate revenue from three key levers — the minting of NFT sales, smart contracts and restaurant EBITDA (financial term: Earnings Before Interest, Taxes, Depreciation and Amortization).

The FFC team appears to be in it for the long haul, with Rodolitz and Hanlon indicating that this is a “20- to 30-year plan” for them. If New York works out the way they hope, the team plans to duplicate its success in other markets, as well.

Previous: Somerset-based Oticon Wins Awards for Product Design and Technology
Next: Check Out the 24 Tech and Biotech Companies That Received $75 Million in NOL Awards

15 More posts in blockchain category
Recommended for you 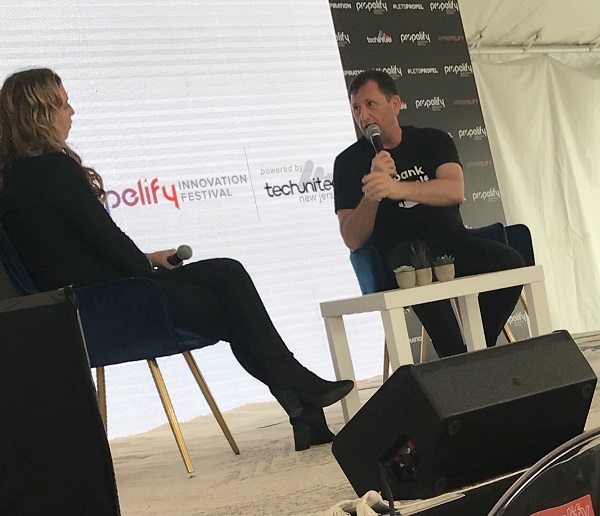