A prominent angel investor painted a bleak picture when asked what the future looks like for business startups as the coronavirus continues to spread.

“I think we’re in an unprecedented situation. I don’t know how this is going to end. I can’t see us getting back to normality for a long period of time,” said Simon Hopkins. “There is uncertainty. Investors don’t like uncertainty.”

He made his remarks during a recent talk on Startup Grind Princeton director David Stengle’s weekly Pandemic Pivots discussion on Zoom. The one-hour chat focused on what actions are being taken by startups in response to the pandemic.

Hopkins is also an entrepreneur, as well as a member of the New York Angels and mentor for Princeton University’s eLab. Working primarily within the IT sector, he has a track record of starting, acquiring and growing organizations.

“If you look at the markets, this is very different than 2000 and 2008. Across a wide range of businesses, companies aren’t selling as much. Manufacturing isn’t. Hotels, airlines and cruises are just collapsing completely,” he said.

“Whatever plans you had two months ago, throw them away,” he said. “You are deluding yourself, thinking things are going to return to the way they were.”

“If  companies aren’t earning as much revenue, then they can’t be valued as much as they were before, which means the whole fundamental how-do-we-value-companies and are-they-worth-investing-in has completely gone out the door,” he said.

“Then you look at the number of unemployed people in the United States. It’s 20 million, and rising significantly, which means the whole demand side of the company is going to get stalled,” he said. “People just don’t know what’s going to happen next.”

This uncertainty in the markets is affecting the angel investor community.  Hopkins recently served on a panel with some investor colleagues and found that “and everyone is very pessimistic about the outlook for the next six or seven months.”

As an angel investor, he’s made investments in over 20 companies, and has taken several hands-on operational roles in his portfolio companies.

His advice to startups now: Stop trying to raise money unless you absolutely need to. Get your costs under control and make tough calls. Get your case studies and references together. Get fluent in the language of Zoom. Get help where you can. Use or apply for a mentor. Apply for as much government assistance as possible. Also, ditch the budget and make a new one.

“Whatever plans you had two months ago, throw them away,” he said. “You are deluding yourself, thinking things are going to return to the way they were.”

Previous: PSEG’s Izzo Wants to Unleash the Power of Entrepreneurs on Energy Problems
Next: Safari Solutions Baron Talks About His Journey from Telephone Sales to Technology Services

139 More posts in investors category
Recommended for you 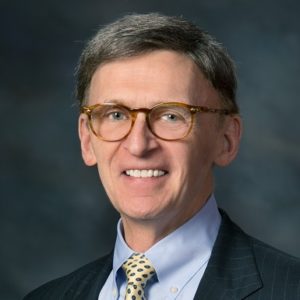