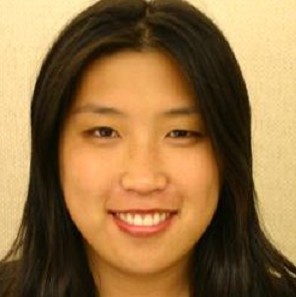 Early in life, The Hatchery founder Yao Huang was on the perfect track — she was young, had a great corporate job in healthcare, a nice car and a nice house in the suburbs.

The Hatchery is a New York-based startup incubator that works with fintech, data-analytics and media/publishing startups.

“One day, I was playing tennis with the higher-ups at my company, and realized that I wasn’t happy,” Huang admitted to a group of hopeful entrepreneurs at the Startup Grind Princeton meeting at Tigerlabs on September 17th.

Without a plan, Huang left her cushy, safe position, and had no idea what would happen next.

“I am not as clever as you think I might be. My life has just been a series of opportunities,” said Huang.

She then taught herself how to code, design and “put things together.”

Huang advised the audience to reduce risk by first getting customers, and then building the product, so that by the time it’s finished, the company should be ready to generate revenue.

She tied this strategy to The Hatchery’s philosophy of shooting for “base hits” ($50-$200 million companies), rather than unicorns.

According to Huang, many venture capitalists are now dissatisfied with their early-stage investments.

They’re tired of the drama, they’re not making money, they get diluted (along with the founders) and the numbers are often kept incorrectly during the early days of a business, said Huang.

“No one talks about it,” she added.

That’s why The Hatchery operates on a strict “no dilution” model: It requires the roles at an early-stage company to be locked in tightly, so there is no infighting.

The Hatchery also prevents infighting by allowing no hubris or ego, Huang said. “The person with the idea is not necessarily the person who should be CEO.” The most important thing is what the business needs, according to Huang.

Accelerators and coworking spaces need to make money in the short term, unlike The Hatchery, which focuses on building companies for the long term.

“The Hatchery doesn’t need money. I don’t care about building the most companies. You need to focus in order to win.  I’d rather work with one or two,” Huang said.

Keeping things “drama-free” is a goal for The Hatchery, according to Huang, and a theme she touched on several times during the meeting, which was hosted by Startup Grind Princeton codirectors Bert Navarette and  David Stengle.

It’s also extremely important to like the founders you work with, she said.

“Do I like this person? Are they trustworthy? Because we will be working together for the next five years,” she said. “It’s kind of like dating.”

On the topic of mentorship, Huang said that labels are useless, and that talks should be casual.

“Never put a formal label on a mentor, they should just be a wise friend,” she advised.

Moving forward, Yao Huang is focusing on doing social good. She is currently working on building a New Jersey-based subscription-box-startup incubator that will help men and women coming out of prison. “We are not teaching inmates how to code, do P&L or do accounting, but how to sell,” said Huang.

The prison-focused incubator is on track to start operations this winter, she said.

Huang is also working on building preschools in South Asia and portfolio companies in the healthcare industry in China, which is the “biggest market on the planet.”

In order to work with her at The Hatchery, Huang said, an entrepreneur has to align with her on two specific areas: her core principles and her current interests.

“Come up with things that are core to you. Before you dive in too hard, figure out the economics,” she advised. “Do the basic math first, and then work backwards: Who is the customer? How much will they pay?”

A sign of a potential match for The Hatchery is when an entrepreneur can get this math done within “a couple of minutes,” said Huang.

When assessing which potential startups to accept, Huang warned that a key factor is how exhausting or tiring they’d be to work with. “Don’t fight me on everything,” she said. “A learning experience for you is a waste of time for me.”

When it comes to choosing partners and cofounders, Huang offered another piece of advice: They must already have experience.

“Every bit you let go in experience, you will pay for in time and money,” she warned.

According to Huang, too many startup founders are still choosing cofounders and partners based on who their friends are, rather than on experience.

“I don’t care if he or she is your friend. They better be good. It seems logical, but no one does it,” she said.

Huang also warned of the pitfalls of “tossing titles around,” noting that roles and responsibilities must be tightly aligned.

“Don’t choose whoever is around,” she concluded.

On the subject of New Jersey, Huang advised local founders not to “worry” about New York.

“Leverage New York and the resources it provides,” she said.

“New Jersey needs exits” in order to inspire the community and create more successful exits, she said. It should be about the ripple effect, not volume.

However, the Garden State is “on its way,” according to Huang.

“The pieces are here – the universities – and the investor community is friendly. People here are easy to work with.”