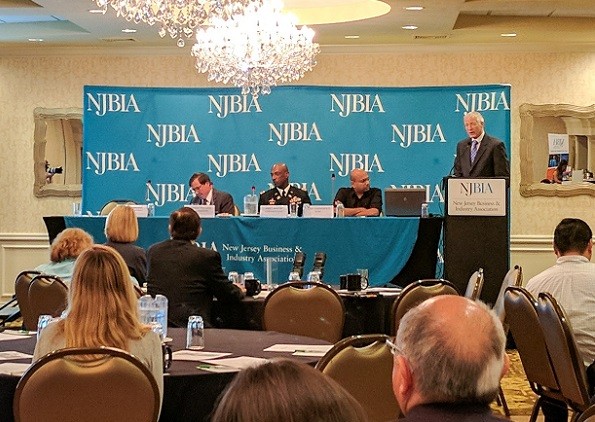 Pecora described the American healthcare system as its own type of “Multi-Domain Battle,” noting that it requires a drastic overhaul.  The U.S. spends $3 trillion a year on healthcare, almost double the amount of the next developed nation on a per capita basis. While there are areas such as oncology in which the U.S. tends to rank the highest for outcomes, it is not number one in healthcare delivery, or in healthcare outcomes overall. Out of the $3 trillion annual expenditure, Pecora said, almost $1 trillion is wasted. And he is setting out to drastically reduce that gap.

Pecora is working on a white paper with the U.S. Centers for Medicare & Medicaid Services on how to fix the U.S. healthcare system, in the hope of creating a strategy that’s doable, practical and scalable for the country. He would like to see a system with reduced costs for patients, reduced costs for insurance providers, maintained or improved payments to healthcare providers and better overall patient outcomes.  Most of Pecora’s work with Hackensack Meridian Health in this area has been done in partnership with the New Jersey Innovation Institute.

Some of the problems he noted included insufficient ICD-10 claims data for proper risk adjustment, the fact that the current system pays for processes rather than outcomes, the difficulty of detecting adverse variants, and the difficulty of determining fair market pricing.  Pecora’s model looks at revenues based on a disease-specific management levels for a better matching of resources, sets up a pay-per-value system based on “cohorts” or “bundles of care,” measures patient outcomes rather than processes, creates a taxonomy to digitize the “biologic narrative” (i.e., the patient’s state of health) and invests in new technologies for making information more accessible.

One of the focuses of Pecora’s model is a new system for describing a patient’s biologic narrative. The researchers needed a new taxonomy to enable proper risk adjustment, so they set out to create one. The resulting system,from Cota Inc (New York)— is currently being applied to its sixth patent. This system compresses patient data into a simple string of numbers, similar to a bar code.  This eliminates the problems that come from trying to decipher a doctor’s notes, and makes patient-data transfer instantaneous. The Cota Nodal Address platform takes everything about a patient into consideration, and then generates a single number that includes family and social history, socioeconomic status, behaviors, and body mass index (BMI). It also includes all the information about the disease a patient has, its stage, molecular markers, the patient’s  history with the disease, and what their intended therapies are.

This string of numbers is expected to replace patient medical records. Initially, the data was manually entered into Excel spreadsheets, but Pecora has developed a tool with NJII that automates this process.  He hopes to eventually put this tool into the hands of patients, so they can use it to decide what their best options are.

As a $12 billion global company, BD has set “advancing the world of health” as one of its goals; and Stephen Sichak Jr. said that it’s his job to support that goal from a process standpoint. As EVP, integrated supply chain, he oversees the company’s sustainable practices, procurement, manufacturing and distribution.  A lot of his focus is on environmental sustainability, especially on finding sustainable practices and solutions for every aspect of the company’s operations.  In answering the question “why should we care?” Sichak said that it’s “because our planet is precious and finite, and human health depends on it.”

Sichak said that there must be boundaries when innovating. He proudly subscribes to the idea of Occam’s razor, which is simply expressed as “less is more.” At BD, they try to find the simplest solutions to problems, as this is often the path to eliminating waste and leading in sustainability.

One example Sichak gave was BD’s approach to syringes in the mid-1960s. Before then, the needles had been made of glass and were reusable.  BD developed single-use disposable syringes  — manufacturing them out of plastic, thinning out the walls, and making the needles shorter and wider. This not only led to a more practical product, but one that offered major health benefits by helping prevent the spread of disease through improper cleaning and reuse. Today, BD is continuing to innovate, having recently developed the Uniject, a single-use needle attached to a small pouch, further preventing the reuse of needles, and consequently improving health outcomes.

In 2015, BD achieved four of its five sustainability goals, and has now established even more aggressive targets for 2020. This time around, the company will also focus on greenhouse gas reduction, targeted recycling, and the reduction of hazardous and ozone-depleting substances by more than 95 percent.

According to Sichak, “We strive to be exceptional stewards in the environment, incorporating sustainable practices into every aspect of our operation.” He sees BD’s efforts as having a huge and positive impact on the country in the long run.

Previous: At the NJBIA Summit, a Look at How Innovation Gets Done, Part 1
Next: Jarrett Bauer Talks about Hoboken-Based Startup Health Recovery Solutions at NJ Tech Council Meeting