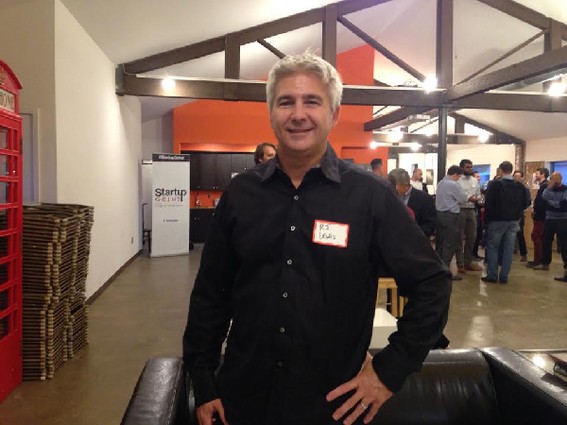 Tigerlabs presented its latest group of promising companies in its portfolio to a packed house of investors and tech entrepreneurs at its annual Startup Showcase in Princeton, on October 2.

At the event, valuable advice was passed around from investors to entrepreneurs and others, as members of the excited audience discussed the promise of digital health, the challenges of fundraising and what it’s like to start a business in New Jersey today.

One such attendee was Tigerlabs mentor R.J. Lewis, an angel investor with the Delaware Crossing Investor Group, which hopes to empower startups in the Philadelphia area. Lewis is also the president and CEO of eHealthcare Solutions, a healthcare-focused advertising network based in Ewing.

According to Lewis, one of the challenges today is that too many startups are investing in the product first, which makes them unattractive to investors who want companies that have solved problems for customers, companies that will grow and scale. On the other hand, that’s why major corporations, such as General Electric, are increasingly approaching tech founders who can develop products to solve their problems.

“The customers should come first. What are their problems? First, have an understanding of their problem. Then, find out how much they would pay to solve it,” he advised.

However, there can be a high-pressure trade-off in this scenario, he added.

“A lot of this ‘corporate investing’ is about access to smart talent, but the trade-off is that you must deliver on time.”

Lewis noted that it is important for founders to do the math with customers during the early stages. For example, if your product only replaces one hour of someone’s time per week, then your solution to the problem might not pan out economically.

In order to get customers, a founder should try to set up a simple informational interview with each potential buyer, he suggests.

“For example, you could start the conversation by saying, ‘I see a problem in your industry that I am interested in solving,’” he explained.

It’s also not a bad idea to create the product for your first customer for free, said Lewis, because it can both become your pilot program and give you valuable access to their team.

Solving your own problems is a good way to start a company, he advised. “You know your problems better than anyone.”

What advice does Lewis have for aspiring New Jersey digital health startups?

“FDA approval means pre-revenue for a long time,” he warned.

On the topic of fundraising, Lewis offered some key tips to aspiring entrepreneurs.

“Mentors will help as much as they are interested — not only in the money, but [intellectually] —  in the problem solving,” he said.

Entrepreneurs should think critically about fundraising, according to Lewis.

“My first advice is to not take outside capital. However, your competitors taking capital can hurt you. eHealthcare Solutions was the first in our market, so we had no competition and did not raise money, but the latecomers got diluted,” he recalled.

In general, Lewis implored founders to be prepared for the “twice as much, twice as long” scenario, which means that everything your company does will take more time and money than you predicted.

“Many first-time startup founders are usually more successful on their second company,” he admitted.

On the topic of the New Jersey tech startup scene, Lewis believes that having a great brand for the Garden State is very important.

“‘Einstein’s Alley’ is nice. It plays off of ‘Silicon Valley,’ and is synonymous with genius. It’s not an ‘old’ image. It says ‘smart.’”

“We have to fix the property tax and income tax. I left for PA for that reason, and I am looking for an office in PA for eHealthcare Solutions.”

Also in attendance at the event was Mark Hall, a serial entrepreneur who is the founder and CEO of Princeton-based health tech startup United Preference, a 2012 alumni of the inaugural class of the Healthbox digital health accelerator.

The presenting companies at this year’s Tigerlabs Showcase will be profiled in a future article.