Home » News » At VANJ, IDG’s Kenealy Gives Tips on How to Vet Your VC

At a Venture Association of New Jersey (VANJ) meeting in Whippany last week, Patrick Kenealy, managing director of IDG Ventures (San Francisco), returned to the East Coast to give the 60 N.J. entrepreneurs, consultants, lawyers and accountants at the luncheon concrete tips on how to assess and select the venture capitalists (VCs) they approach.

Although entrepreneurs are often anxious to get anyone to speak with them about funding, targeting the right VCs can make the process smoother and save both parties a lot of time and money, Kenealy pointed out. Cutting the pack down to the few dozen who will be receptive to your sector and geographic location and participate in your investment stage is not hard, he said, and if you have a deal that matches the VC’s interests, “I guarantee he’ll take the call.”

Kenealy said the place to look for the right VC is the National Venture Capital Association website, which entrepreneurs and their representatives can use to narrow down their options. Basically, there are fewer than 200 venture capital firms that generate more than four deals a year, Kenealy mentioned, and they don’t all play in the same sectors. You can easily find the sectors VCs participate in by looking at their individual websites. Realize that someone who backs deals, say, in clean technology probably isn’t interested in an information technology idea, he noted.

Geography is more important than most entrepreneurs realize, according to Kenealy. When you look at a venture fund’s portfolio, look at the ZIP codes of the companies it has financed and verify that it invests in your geographical area, he advised. While many venture firms have national reputations, they are essentially regional operations, Kenealy said, and the more early-stage companies they invest in, the more local they want their investments to be.

If a couple of VCs are interested in your company, you can assess your potential partners in several ways. Entrepreneurs should know about the active vs. passive venture fund concept, and the first question you should ask VCs is whether they are still investing, Kenealy advised. A lot of VC funds in business today are out of money, raising capital or just maintaining their own investment portfolios and are not currently making investments.

Also ask  about the size of the fund VCs manage. How much of that money is not invested? And how much money is reserved for existing investments? The venture community calls the remainder “dry powder,” and entrepreneurs can ask how much dry powder the fund has left for them.

Next ask who is in the VC’s portfolio. While websites may list current successful companies, early-stage firms want to know how many firms the VC has invested in over the fund’s lifetime plus how many are in the current portfolio. This information tells entrepreneurs about not only the VC’s track record but his or her workload. If VCs already have five companies in their portfolio, anyone who invests with them becomes the “sixth or seventh child,” Kenealy noted. “It’s not as though he’s the only child.” It’s especially important to determine which partner would be your contact and how busy that partner might be, he said.

VCs lead investments some of the time and are followers at other times. A full quarter of VCs are only followers, Kenealy said. If you are looking for a lead investor, ask how often your prospective VC leads an investment. Look at the VC’s financial track record, asking specifically for the last fund’s ROI. You also want to know how many of their companies are still in business or have made successful exits.

In addition, ask about team cohesiveness. For example, when was the last time the VC gained or lost a founding partner? You don’t want a firm full of people nearing retirement. “You need someone able to get your technology someone who is  physically and emotionally fit enough to work hard for you, and old enough and wise enough” who knows the ropes and can be clever on your behalf, Kenealy said.

Each VC will make a pitch for his or her “value add.” For example, Kenealy’s firm, IDG Ventures, offers the IDG media empire’s backing. He suggests you ask VCs for four references—including the name of a CEO or founder they’ve backed—and then call and check them. Make sure the VC fulfilled any kinds of promises he or she made. If you are a Series A company, you are looking for people who will be with you for a long time; they may sit on your board and help you set your strategic direction. You have to be able to trust that they will be there when you need them, not just “every two weeks on Wednesday,” he pointed out.

When meeting VCs, founders can ask about their decision-making process and how long they will take to come to a decision. You should hear within a week if they want to go forward or need more information. Another good question to ask is what your odds are from that point forward. At meetings with VCs, companies should bring up the issue of succession. Founders who plan to stay for the entire run of the company should let their VCs know that at the beginning and ask if it meshes with their philosophy, Kenealy said.

1869 More posts in News category
Recommended for you 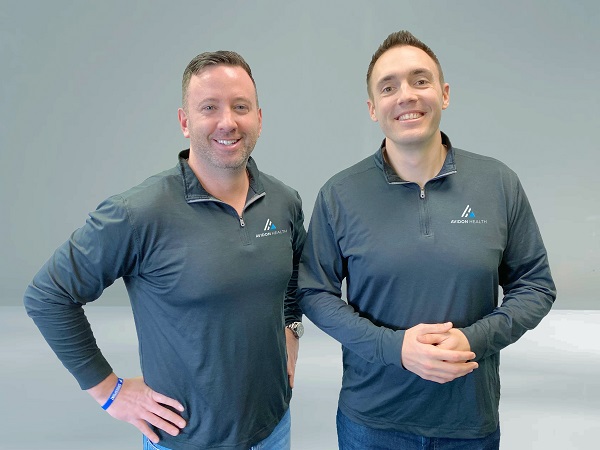 Did you open your NJTW News? Check out upcoming events too! CEO Of Wunderkind Ryan Urban And Proposed Black And Latino Diversity Fund https://buff.ly/3uJmKHh]

New Jersey libraries to get $3.9 million to boost internet access and other services https://buff.ly/3mA2C7K