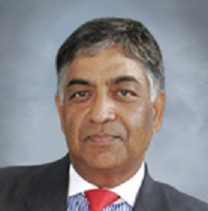 [Tom Paine, of Philly Tech News, featured this story about Avantor Performance Matierials, a former N.J. company that was called Mallinckrodt Baker and headquartered in Phillipsburg, N.J., prior to its acquisition by New Mountain Capital. The company still has major operations in Phillipsburg. In 2010, it had 1400 employees and revenue of $480 million, and it said its goal was to triple revenue (pdf) to $1.5 billion in five years.] We have reposted his story here with minor changes. The orignial post published Nov. 13, 2012, can be found here.

Avantor Peformance Materials, based in Center Valley, Pa (near Bethlehem) filed suit last week in the U.S. District Court for the District of New Jersey against IBM over what it claims was a botched SAP implementation.

But there was not a critical word I could find in the suit about SAP. Rather, the focus was on IBM’s Express Life Sciences Solution, off the shelf software that runs on SAP ERP, and what Avantor claims was IBM’s faulty and negligent project management and implementation.

Avantor, which changed its name from Mallinckrodt Baker in 2010, was acquired in that year from Covidien by an affiliate of PE firm New Mountain Capital for $280 million. Former Rohm & Haas Chairman & CEO Raj Gupta, a senior advisor with New Mountain, is Chairman of Avantor and until earlier this year also served as CEO. Advantor manufactures high-performance chemicals and materials used in biotechnology and pharmaceutical production, microelectronics and photovoltaic manufacturing, and laboratory applications.

The complaint over the implementation includes claims for fraud and breach of contract, and Avantor said in a press release it is seeking “tens of millions of dollars in damages” from IBM. Avantor says it “is now largely operating at pre-SAP implementation service levels”. The SAP system went live on May 2, 2012.

Its worth noting that Rohm & Haas partnered with IBM for years to implement and upgrade SAP ERP when Gupta was CEO there, so he presumably had experience with the process. Gupta left Philly-based Rohm & Haas after its $15.3 billion acquition by Dow in 2009.

Avantor claims that IBM repeatedly assured its management that its off the shelf Express software package would met Avantor’s needs without customization, but this turned out not to be the case after the system went live. The suit also asserts that IBM assigned “incompetent and reckless consultants” to the project who made “numerous design, configuration and programming errors”. Avantor says post-launch problems “brought Avantor’s business to a virtual halt”, and that shipments in May dropped approximately 75%.

“IBM met its contractual obligations and delivered a solution that Avantor continues to use in its operations”, IBM said in an emailed statement on Friday as reported by Reuters. “We believe the allegations in the complaint are exaggerated and misguided and are surprised that Avantor chose to file suit”.