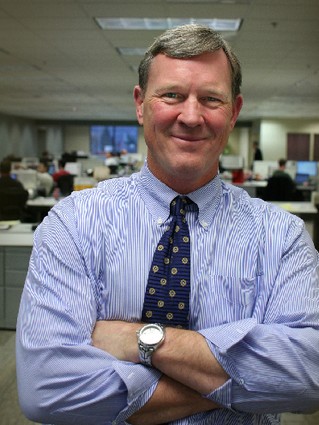 Continuant (formerly known as Telecom Labs, Inc.) is an independent provider of maintenance and support services for voice and data communications systems, headed by CEO Doug Graham. The lawsuit is being waged before a jury in federal district court in Camden.

Avaya, which until recently was located in Basking Ridge, left New Jersey for Santa Clara during 2012.

The main crux of the case, according to analysis by the Digital Rights Repair Coalition, puts the burden upon Avaya to convince the jury that it has the right to limit how users can control their purchased items, including how they gain access for repair, or even whether they can prevent Avaya from accessing their machines without their permission, based on the presence of intellectual property (IP).

According to the group, Avaya has argued that it has invested millions in its IP and so is justified in asking the customer to buy maintenance and support from it or its Avaya-controlled business partners exclusively

The Digital Right Repair Coalition is a North Haledon, New Jersey-based group that supports owners’ rights to use their digital purchases as they see fit. It wants to require manufacturers to permit independent or self-repair at any point in the product lifecycle.

The organization was formed in July, 2013 by the Association of Service and Computer Dealers International, the North American Association of Telecommunications Dealers and the Service Industry Association, according to executive director Gay Gordon-Byrne. It now has many more members, including many independent repair companies. Not surprisingly, Continuant is a member.

The coalition issued a viewpoint paper saying, “What’s at stake, and what concerns us is that the same types of software are routinely included in automobiles to control ABS brakes, engine timing, door locks, and thousands of other functions which currently remain under the control of the buyer.”

“If Avaya were to prevail, by the same logic, owners of automobiles could lose the ability to open the hood and gaze at the engine. We think, and we hope the jury agrees, that the owner purchased a functional machine inclusive of the code that makes the machine operate.”