Home » News » Bell Labs’ Weldon to Gov. Christie: Use Us as an Example of the Best of NJ 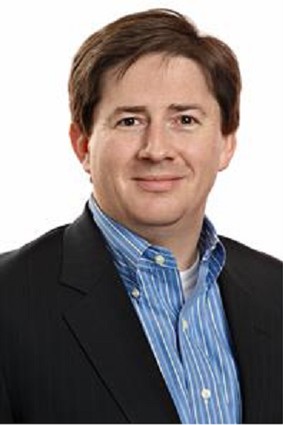 NJTechWeekly.com interviewed Marcus Weldon, Bell Labs (Murray Hill) president and Alcatel-Lucent CTO, May 20, 2014. Weldon took a break after celebrating the 50th anniversary of the discovery of Big Bang cosmic radiation to speak with us about Bell Labs’ relationship with the New Jersey state government.

He said the lab has virtually no interaction with the state at this time.

“In the past we had the New Jersey Nanotechnology Consortium that was hosted in our labs, … funded partly by the New Jersey state government … . That lasted for a few years,” Weldon said. When the funding disappeared, “the lab became our own,” he explained.

“The idea was a good one, but it probably wasn’t in the right [technology] area, meaning that nanotechnology was too far ahead of its time for the state to be fully committed,” said Weldon.

He admitted that Bell Labs doesn’t interact with the state as much as it should. “We hire a lot from institutions such as Stevens [Institute of Technology (Hoboken)] and Rutgers [University (New Brunswick)], and we benefit from the New Jersey infrastructure, but we don’t have a unique relationship by virtue of being in New Jersey, and that is something we should revisit,” he said.

And what would be the ideal situation for Bell Labs? “If there was state support that was committed long term to Bell Labs, for example because it is an institution that represents the best of New Jersey, I would be open to that, but we haven’t had those discussions,” said Weldon.

Of course, Bell Labs wouldn’t want constraints on any funding it would receive. “They’d be investing in the brand of Bell Labs, not directing what Bell Labs does. Before, we tried to find an area that New Jersey wanted to encourage investment [in], such as nanotechnology. But the problem with that is that companies [that began through the Nanotechnology Consortium] couldn’t attract funding.”

“At Bell Labs we are inventing the future of anything. We don’t know what it is,” said Weldon, so specialized funding won’t work.

Weldon had another idea. The Christie Administration airs commercials for what’s cool about New Jersey, Weldon said, and those commercials always show Gov. Christie on the beach or in Atlantic City.

“Where is Gov. Christie at Bell Labs? …The state should tell the story that Bell Labs is alive and well. Companies will want to locate near such an [innovative] place,” he said.

Bell Labs does collaborate with startups, Weldon said, but there is an essential conflict between startup culture and that of Bell Labs: “Startups want a huge financial gain for their products and control over all intellectual property [IP], and we want to share the IP that they would develop with us.”

The company does take startup technology and test it. If it’s interesting, “we might acquire the firm or give them feedback, telling them what direction we’d like to see the technology go [in].”

Weldon said the Bell Labs Prize announced May 20, 2014, is “the first time we will be bringing startups into the lab.” He added that Alcatel-Lucent employs 2,000 to 3,000 people in the state, separately from Bell Labs. The company is in the middle of a restructuring which could affect that number.

Previous: Alcatel-Lucent’s Bell Labs Hiring 20 Postdocs in NJ as it Beefs Up Brand, Celebrates Past and Future
Next: Student Teams Pitch and Win in Stevens Project and Elevator Pitch Competitions