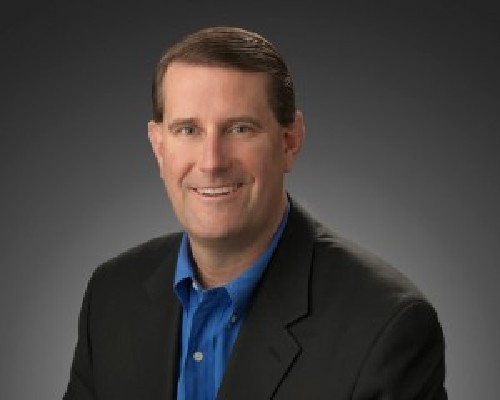 Stephen Waldis is now executive chairman of the board of Synchronoss. | Courtesy Synchronoss

New CEO appointed; Waldis now executive chairman of the board

Usually, you think of startups as the companies that pivot, but Bridgewater-based Synchronoss, a public company, came to a crossroads a couple of years ago, and decided that in order to stay in business and grow, it needed to rethink its business model.

In the past, Synchronoss had been the telecom-activation software company. In fact, its software was behind the systems many carriers including AT&T utilized to activate your phone when you bought it. This was a great business for a while, but Synchronoss ran into a problem many companies face: the growth of its legacy business was slowing down.

Synchronoss shifted to a broader source of revenue with an emphasis on the personal cloud business, and that became a resounding success. Carriers were able to offer their customers their own cloud. Then the company allied with Goldman Sachs to create “mobile phone software that creates a whole new layer for mobile security,” addressing security concerns brought on by the bring your own device trend for enterprises. Synchronoss also made many acquisitions that enabled it to move it towards its goal of  attacking the enterprise market.

On January 19, Sychronoss announced that it had completed its tender offer to acquire all the outstanding shares of Intralinks Holdings (New York) for $821 million. According to the press release announcing the acquisition, Intralinks has been used by more than 3 million professionals at 99 percent of Fortune 1,000 companies, which have depended on the company’s experience in enabling high-stakes transactions and business collaborations around the globe.

To date, $31.3 trillion worth of financial transactions have been executed on Intralinks’ secure, cloud-based platform, making Intralinks the preferred provider of collaborative enterprise technology, the press release said.

At the same time it acquired Intralinks, Synchronoss agreed to sell a portion of its activation business to Sequential Technology International (Warren) for $146 million.

“We view the Intralinks deal, which officially closed on January 19, as a defining move into the enterprise market. The acquisition of Intralinks is a major step forward in our enterprise strategy that gives us the immediate enterprise pedigree and experience upon which to leverage the Synchronoss product portfolio, go-to-market strategy and diversified customer footprint,” said Stephen G. Waldis, now executive chairman of the board, during the company’s Feb. 8 earnings call, according to a transcript provided by Seeking Alpha.

Waldis moved to executive chairman as part of the deal to acquire Intralinks. He was an example of that rare entity, a startup founder who brought it to IPO and remained as CEO as it grew.

Waldis told analysts, “I look forward to my new role at Synchronoss as executive chairman of the board, focused on expanding our unique cloud and enterprise market opportunities around the globe starting at Mobile World Congress next month in which I already have a number of strategic customer meetings set up and will be giving one of the keynote speeches, while at the same time helping Ron [Hovsepian] and ensuring his success in his new role.”

Waldis founded Synchronoss in 2000, and took the company public in 2007. He had served in startup and senior-executive-management positions in both high-technology and telecommunications companies. He started his career at AT&T in various technical, product-management and sales-and-marketing positions before moving to executive-level roles at technology startups.

Karen L. Rosenberger, the Synchronoss CFO, who has been moving up through the ranks of the company since 2000, will be leaving the company after shepherding it through the hiring of and transition to a new CFO. She has served as CFO, executive vice president and treasurer since April 1, 2014, overseeing all of the company’s financial and business operations.

Waldis noted that the company’s focus on the cloud has paid off, including its expanded partnership with Verizon in 2016 on the heels of its personal cloud success. “And overall, we had a strong quarter in cloud, which gives the company healthy momentum to gain adoption into 2017 as a testament to our innovative product development, solid customer relationships and strategic partnerships.”

He added that the combination of Synchronoss with Intralinks will create a company capable of enhanced growth. “Together with Synchronoss and Intralinks as one company, we believe we can deploy enhanced enterprise and mobile solutions to our customers, while opening up new enterprise distribution channels across the world.

“With the Intralinks acquisition, enterprise will now represent over a third of our total revenues, thus helping us further diversify our business model over the coming years. On our carrier business, messaging has proved to be a key linchpin of cloud adoption, engagement and monetization with our existing customers,” he said.