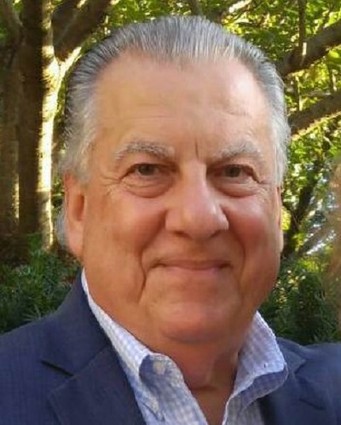 ” We need an experienced “voice” in the governor’s office to represent small businesses and tech startups.”

For New Jersey Tech Weekly’s end-of-year series in 2017, we asked company officials and other members of the tech ecosystem in New Jersey to craft a letter to the incoming governor, Phil Murphy, telling him about important business or social issues they are encountering, and giving him ideas on how the state help could solve them. This letter is from Mario Casabona, an angel investor who also founded the state’s first tech accelerator, TechLaunch.

We are calling on Murphy to make this state a better, more welcoming place for tech and biotech companies, both those that are starting up and those that are growing.

I would like to take this opportunity to introduce myself and to identify a well-known concern, as well as a potential solution.

My name is Mario Casabona, and I have been a resident of New Jersey for over 50 years. My personal background includes being an immigrant from Italy; becoming an electronics engineer; starting an electronics company (Electro-Radiation Inc.) in Fairfield; serving in the defense industry; having a company acquired by Honeywell; becoming an active angel investor (Casabona Ventures); and recently creating a socially responsible organization, TechLaunch, to mentor tech startups and provide them with access to other angel investors.

I have dedicated most of my professional life to the support of science and technology in the state of New Jersey. I have been frequently recognized by various New Jersey-based organizations, including the New Jersey Tech Council, and have participated as a guest speaker/panelist at numerous events, including at universities.

One of my most prized accomplishments was being asked to join the State of New Jersey Commission on Science & Technology in 2004 by Gov. James McGreevey. I have since then proudly continued to serve as commissioner, but since Gov. Christie removed all funding, there has been no activity. The responsibility of serving the tech community has basically fallen to the New Jersey Economic Development Authority (NJEDA), whose fundamental mission is to act as a financial and economic growth arm of the state of New Jersey.

New Jersey has proudly served our nation by providing products and services in the telecom (Bell Labs), biotech, pharmaceutical, information-technology and defense industries, to name a few. We are strategically located between Philadelphia and New York City, but unfortunately our talent and investments are being drained. The EDA is doing a fantastic job in attracting and keeping established businesses in New Jersey, but what about creating and sustaining future industries that will keep New Jersey on the innovation map?

Established in 1985 by Governor Kean, the Commission on Science & Technology was responsible for the development and oversight of policies and programs promoting science and technology research and entrepreneurship in the state.  Commission members included business leaders, prominent academics, scientists, the director of the Commerce Commission, the commissioner of education, a representative of the governor and four state legislators.

Its mission was to encourage economic development and job growth in New Jersey by advising the governor’s office on matters relating to science and technology; promoting strong ties between industry and the universities, in order to accelerate the commercialization of technology; supporting entrepreneurial technology businesses in areas of strategic importance to the state; strengthening research collaboration among universities to create a new potential for increased federal funding and private investment; and providing grants to well-vetted tech startups.

I would say that most of the successful tech companies, incubators, centers of excellence and funding programs that exist today in the state can be attributed to the work of the Commission.

My humble advice to you, Governor-Elect Murphy, is to either resurrect (according to your vision) the Commission on Science & Technology with redefined goals, OR create a new entity that reports directly to the governor’s office. In either case, it should provide guidance, feedback and direction regarding science and technology, and have the goal of encouraging/promoting the small business and tech startup community. I have seen and can attest to the talent, great universities, resources, established enterprises and the enthusiasm alive and well in New Jersey.

However, we need an experienced “voice” in the governor’s office to represent small businesses and tech startups, in addition to a strong and visionary governor who will provide the leadership and support that can make New Jersey great again.

In any case, we need to make an investment in New Jersey’s future.

Thank you for the opportunity to present my opinion.

Mario Casabona is an entrepreneur and angel investor. In 2011, he founded TechLaunch, which is committed to identifying promising early-stage tech ventures and nurturing them by mentoring, coaching and providing access to resources and capital. To date, TechLaunch has supported over 40 tech companies and mentored over 100 budding entrepreneurs. In 2006, he founded Casabona Ventures, investing in over 25 seed and early-stage companies. Mario is also chairman emeritus of Jumpstart NJ Angel Network and of the Research & Development Council of New Jersey. In 1982, he founded Electro-Radiation Inc., which was acquired by Honeywell International in 2004. He received the Small Business Administration National Tibbett’s Award for his contributions in technology, and was listed as one of the top five most influential persons in New Jersey technology by The Star-Ledger. He was twice recognized by the New Jersey Technology Council, first as the recipient of their Legend of Technology Award and subsequently of their Financier of the Year Award. He currently serves on the boards of various for-profit and nonprofit organizations. Mr. Casabona is an electrical engineer and holds twelve national and international patents in the field of satellite-based navigation and communications.