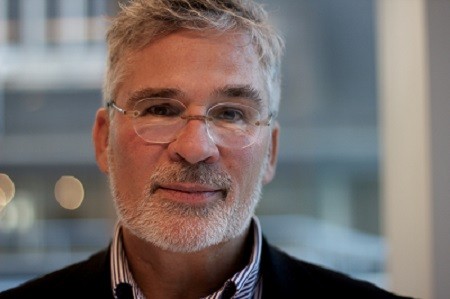 For New Jersey Tech Weekly’s end-of-year series in 2017, we asked company officials and other members of the tech ecosystem in New Jersey to craft a letter to the incoming governor, Phil Murphy, telling him about specific important business or social issues they are encountering, and giving him ideas on how state help could solve them. This letter is from Brian Smiga, a N.J. native and the co-founder Alpha Venture Partners, a New York-based growth capital fund. Smiga founded the nonprofit Brand New J, an organization that aims to quicken New Jersey’s comeback as the best place to grow businesses and jobs.

We are calling on Murphy to make this state a better, more welcoming place for tech and biotech companies, both those that are starting up and those that are growing.

Job creators in New Jersey look forward to your leadership in 2018. At Brand New J, we’ve gathered the creators of over 200,000 middle-class jobs to work together with your team to reinvent New Jersey.

We recognize that we chose New Jersey for its advantages (as you did) as the best place to grow our companies, teams and families. But these advantages are endangered by a growing exodus of brains, capital, leadership, talent and company builders.

As entrepreneurs, we company builders started as underdogs. We know how lucky we are to have learned how to grow jobs and our companies. We thrive on innovation challenges, so let’s invent New Jersey’s future together.
The Brand Problem
First, New Jersey has a brand problem: It is the only disliked state in the union (National YouGov poll). Rather than dwell on the notorious shame of TV myths or our recent leadership, let’s reinvent New Jersey’s identity.
The Growth Company Problem
Second, over the last decade, New Jersey has grown its economy at half the pace of the nation, largely because we have generated only half the number of growth companies that other states have (McKinsey). Let’s work together to make New Jersey the best state in which to grow a company, whether a startup that’s growing (like iCIMS, WorkWave or Wayside Technology) or as a second site for major companies like Amazon, Apple, Google, Walmart.com or Wish.

At Brand New J, we’re drafting a digital strategy for attracting and building growth companies, jobs, careers and New Jersey’s brand identity. You can learn more at http://www.brandnewj.com. For starters, here are nine ideas on how we can rebuild New Jersey’s identity by making it all about people and careers.

Be the Best Place to Start

1.     Be the best place to start a company in the U.S. by offering revenue-neutral tax incentives for starting and exiting companies based on the jobs created.

2.     Ranked number two in K-12 education, New Jersey is the largest exporter of college kids. Let’s make New Jersey the most attractive and affordable state in which to attend college.

3.     Be the best place for women to start and lead businesses via tools like the ParityPledge. Women outperform men as managers and investors, and they represent half the population.

Be the Best Place for Growth

4.     Be the best place to grow a company by providing state assistance to companies growing jobs at greater than 10 percent per year.

5.     Be the first state to offer universal career-readiness programs starting at age 14 that include free assessments, internships, grants, projects, mentorship and engagement offered by talent-hungry companies and universities.

6.     Be the best place to land in the U.S. Last year New York City bypassed California as the leader for immigrant companies opening U.S. offices. New Jersey can attract its unfair share.

7.     Design and fund accelerators in the leading tech hubs: Princeton, Newark, Hoboken and Holmdel – and then replicate the model in all 21 counties and all tech universities in the state.

8.     Celebrate and enlist the ideas and voices of New Jersey’s heroes, whether in the state (e.g., Don Katz) or in New Jersey’s diaspora (e.g., Jeff Bezos).

9.     Celebrate diversity, fairness, inclusion and unity by generating success stories in our mosaic of 21 counties. Develop an identity around the diversity of our 21 counties, our growth companies, our universities and our multicultural citizens.

I’ll end on a personal note. As the storm clouds gather – due to the national tax reform, our deficit, New Jersey’s exodus – let’s use as a model your cool-headed, diplomatic, inclusive and rational campaign. You grew up in a working-class family as an authentic “underdog.” New Jersey is an authentic “underdog”. Let’s reinvent our state by celebrating and uniting all the people who want to better their lives here. The job creators in the state want to be part of the solution rather than leave. Let’s work together in startup New Jersey.

To share your ideas on how to reinvent New Jersey, please add your voice to the Brand New J survey at www.brandnewj.com.

Brian Smiga is a NJ native, co-founder of Alpha Venture Partners, the growth capital fund. Brian also started two NJ non profits:  Brand New J, a growth rockstars’ organization that aims to quicken NJ’s comeback as the best place to grow business and jobs, and TEDxAsburyPark, which presents 25 live TED talks and performances on PASSION on May 19, 2018 at the Paramount Theatre.

Alpha Venture Partners provides opportunity capital to a national partner network of 250 early stage venture funds that have backed over 10,000 companies. Alpha also advises Pritzker Group Venture Capital, which has invested in 180 tech companies as a key funder in the Chicago, LA and NYC venture ecosystems.