Home » News » Catching up with Anthony Bongiovanni, Founder and CEO of Micro Strategies 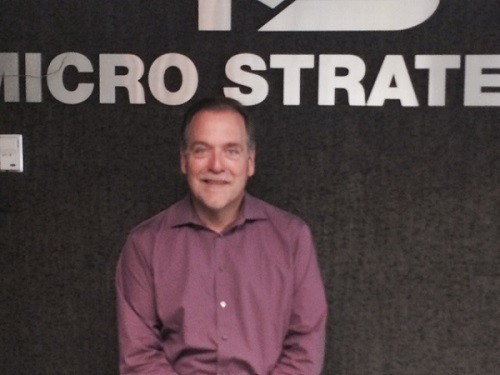 In 1983, a then-23-year-old Anthony Bongiovanni eagerly pursued a career in mechanical engineering, but the growing popularity of personal computers quickly changed those plans.

Instead of designing mechanical systems, Bongiovanni began occasionally writing software applications for businesses that used PCs. That soon turned into a full-time job that eventually led to the creation of his company, Micro Strategies Inc.

Fast forward 33 years andBongiovanni has come a long way since his PC software-writing days. A New Jersey native, he always felt that the Garden State was the ideal location for his company, and he settled on Denville as the location for the firm’s first headquarters.

In 2013, the company moved to larger headquarters in Rockaway to accommodate its growth, but in 2015 it relocated again, this time to its current home, in Parsippany, to meet the increasing demands of business customers in need of Micro Strategies’ services, ranging from moving companies’ data to a cloud platform to providing data security and a host of other IT-related services.

Over the years, the company has gained recognition for its performance, with awards from IBM and other big tech brands. Micro Strategies has also won accolades from NJBIZ.COM and Inc. as a fast-growth company.

However, Bongiovanni is not one to sit on his laurels. Micro Strategies’ chief has been actively transforming the company to meet the needs of a rapidly changing business landscape.

For example, he has been directing the company’s sales team to switch from a products-oriented approach to one that uses more of a consultative approach to solving business problems.

Bongiovanni said Micro Strategies has made great strides in the past year in training its sales force to focus more on “selling technology that will allow our customers to move their businesses forward.”

The company’s relative small size also has contributed to its success over the years. According to Bongiovanni, the fact that Micro Strategies is smaller than some of its competitors works to its advantage. “We have the power of speed and agility,” he said. “We can get things done faster and more efficiently than larger technology companies.”

Speaking of speed, Bongiovanni uses drag-racing events to build greater awareness of his company’s name. A drag racing enthusiast, he formed a team, Bongiovanni Racing, which has been clocked at speeds of up to160 mph on racetracks throughout the Northeast. This marketing strategy has won additional business for the firm.

Micro Strategies has also benefitted from its choice to remain a regional technology company, rather than expanding its footprint nationally or internationally. But that doesn’t mean the company is standing still.

In addition to its corporate headquarters in Parsippany, Micro Strategies has an office in Malvern, Pa., which it opened five years ago.

The company chose Malvern because it wanted to have the two facilities within 100 miles of each other, to enable greater employee interaction. This has contributed to the creation of innovative solutions for customers. “When people are here together, magical things happen,” Bongiovanni said.

The company also plans to open an office in Boston this month and another one in Washington, D.C., at a later date. Micro Strategies currently has 140 employees, 125 of them in New Jersey and the remainder at the Malvern office.

It appears that Bongiovanni’s strategy is working quite well. In 2015, Micro Strategies’ revenues grew 12 percent from the prior year. The company, which currently has $110 million in revenues, has typically seen 8-12 percent growth over the past 16 years, with the exception of 2009, a year when most companies struggled in the aftermath of the global financial meltdown.

Micro Strategies is heavily involved in the technological megatrends sweeping the business world. One area the company is focusing on is big data and analytics, technology that’s rapidly changing the business and consumer landscape.

For example, Micro Strategies is working with retailers to add analytics to their systems, so they can have a better idea of customer behavior. These analytics can help boost sales especially for omnichannel retailers, which use online, mobile, physical stores and other ways to sell products and services to shoppers. This can mean gathering customer data at the checkout counter or tracking customer flow through the stores.

Retailers and other companies “just want to get a better view of what the customer wants,” noted Beverly Geiger, vice-president of software solutions. “Companies want to turn data into insight.”

Another booming area for Micro Strategies’ business is data security, as businesses are increasingly concerned about potential attacks on their data.

One industry that Micro Strategies has targeted for its data-security services is healthcare. Organizations in this sector are data-intensive, and thus a favorite hunting ground for hackers seeking medical information and other highly sensitive healthcare data.

Micro Strategies takes preemptive measures for its healthcare clients, to help them avoid becoming victims of cybersecurity attacks. “The key is to cut it off before it gets into the system,” Bongiovanni said.

He added that more small and mid-sized businesses are implementing data security measures after they have transferred data from their premises onto the cloud.

Besides data security, Micro Strategies helps smaller organizations with other tech issues in their day-to-day operations that they don’t have the expertise to handle. “It’s very hard to have your own IT organization in smaller companies today,” such as law firms and other service companies, Bongiovanni said.

To gain a competitive advantage, Micro Strategies has made multimillion dollar investments in the construction of innovation centers at both its Parsippany and Malvern locations.

These state-of-the-art facilities allow clients to see and evaluate how the products work; they even have the opportunity to test the products, in order to avoid any potential problems. The centers include hardware and software products from many of the major tech companies.

In addition, the centers serve as training grounds, enabling Micro Strategies employees to stay up-to-date on the latest technologies, and allowing them to be more creative in building systems for use in real-world environments, Bongiovanni said.

Looking back, Bongiovanni, who freely admitted that he didn’t know much about business when he started the company, believes that the philosophy that guided his once-fledging business is just as sound today as it was back then:

“We found a need and the ability to satisfy that need.”

Previous: Phone.com Debuts its API at ‘All About the API’ Conference
Next: In Newark, 2 Gateway Reemerges as a Destination for Companies “Who Need to Move Data”