Chieh Huang, cofounder and CEO of Boxed (Union), and David Sorin, partner at the law firm McCarter & English (East Brunswick), sat down together for a fireside chat on Propelify’s Stage of Wisdom on October 6. They discussed many of the pros and cons of SPACs, which is an acronym for “special purpose acquisition companies.”

The two have lots of experience in this area. Sorin is chair of the Venture Capital & Emerging Growth Companies practice at McCarter & English. Huang is in the process of taking Boxed public in an almost $900 million SPAC deal with Seven Oaks Acquisition Corp (New York). The deal is expected to close before the end of the year, according to sources.

SPACs are technically publicly traded holding companies, but with no commercial operations, as they are formed for the sole purpose of raising capital to acquire or merge with an existing company. They are often referred to as “blank check companies.”

These companies have been around for decades, but their popularity has virtually soared in recent years. According to Investopedia, 247 SPACs were created in 2020, with total investments of roughly $80 billion; and in just the first quarter of 2021, a record $96 billion was raised by 295 newly formed SPACs.

Huang, whose company was started in his parent’s garage in Union, noted that a SPAC merger is somewhat like a marriage where the parties and lead decision-makers need to get along with each other throughout the process. He describes it as a banking bake-off, or SPAC-off, with hundreds of billions of dollars raised by investors looking for suitable partners to invest in.

According to Sorin, a stunning 80 percent of recent IPOs were directly connected with SPACs. In 2010, only two SPACs came to market during the entire year.

So how did Boxed — which has positively disrupted the online bulk goods shopping market, especially for those living in rural areas — end up as a SPAC merger partner for Seven Oaks Acquisition Corp, which sees itself as an environment, social justice, and governance investor?

Perhaps COVID-19 helped. Many people bought more products online for the first time last year, and this focused attention on businesses that were able to successfully and seamlessly transact via e-commerce.

“Toilet paper made me the most popular guy in my high school class … 20 years later,” joked Huang. But during the height of the pandemic, it was no laughing matter when, “the street value of toilet paper in our facility was worth tens of millions of dollars.”

Back to Huang and Boxed’s decision to take the SPAC route into the public markets. One of the positives is that the SPAC has allowed him and his colleagues to “tell the Boxed story better to prospective investors.”

He added that security-regulation restrictions, and the high degree of scrutiny of the most forward-looking statements during a typical IPO roadshow, make the traditional route problematic for many companies.

As Huang sees it, going public via a SPAC still entails a lot of work. It can be an arduous process and actually turn into three deals in one: First, it’s a merger of organizations; second, you have the challenge of raising capital privately; and, third, you are also going public.

Once you are public, most investors won’t really care how you got there. With an S-4 filing at the SEC, you can tell the investors how you’re going to do financially. At the end of the day, however, you’d better do exactly that. If you don’t, the stock price will likely reflect the disappointment with your failure to achieve expectations. Overpromising and under-delivering are typically not a recipe for stock market success.

Another challenge is finding sufficient Wall Street support after you’ve gone public by attracting analyst research coverage. It’s not just getting covered, Huang points out, it’s also about who’s writing the reports about your company once your shares begin trading.

Lots of research analysts are overworked due to a lack of manpower at a number of investment banking firms. For this reason, they are only able to do a cursory job because they’re not only covering too many companies, they’re also pushed to cover businesses that participate in a wide array of unrelated industries.

As a result, the reports often lack much perspective or added value, since the analysts don’t have the time to take a deep dive into the companies or their industries. You can see this trend by looking at the back of a physical report or online to see what other companies an individual analyst is also covering. By Huang’s estimation, we will definitely be seeing a lot more companies going public, many of them via the SPAC route, though it is clearly not for everyone. By his count, nearly 400 newly minted unicorns have been created over the past year, give or take.

2 More posts in e-commerce category
Recommended for you 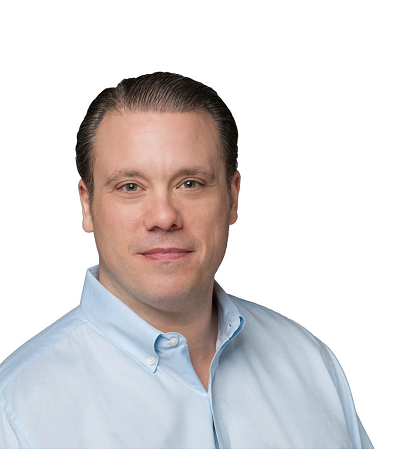 Interview with Thomas Metzger, CEO of Lotto.com, an E-Commerce Platform to Buy NJ Lottery Tickets on Your Phone

The idea for Lotto.com Inc. (Jersey City) dates to well before 2018, when Thomas Metzger,...