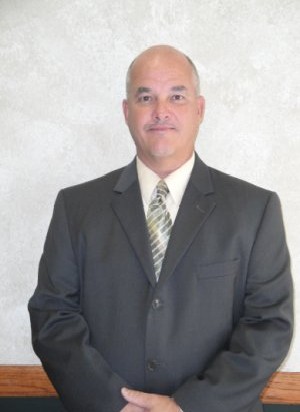 This is the first of a two-part story on technological upgrades being implemented in New Jersey towns in the aftermath of Superstorm Sandy.

Satellite communications (satcom) systems and generators that can keep cellphone providers powered up for long periods of time are among the upgrades being made in Superstorm Sandy-ravaged New Jersey towns.

“Despite all the early warnings and technology we had access to, Sandy exposed all of our flaws,” said Sea Bright Mayor Dina Long, looking back at the chaos that engulfed her community.

Flooded police departments and municipal buildings in Monmouth and Ocean counties were the norm when the storm struck Oct. 29, 2012, and knocked out communications systems.

Even if local municipal buildings didn’t sustain damage beyond repair, power outages made it difficult — if not impossible — to conduct the towns’ daily business, and residents were displaced from their homes.

Mayor Long and other local officials said they were able to keep residents informed via Twitter and other forms of social media immediately after Sandy.

“It was too hard to keep my iPhone charged to use Facebook, so I found that using Twitter was less draining on my cell battery,” Long said.

Bob Burger is a Point Pleasant resident, retired Island Heights police chief and computer guru whose classified job gives him access to technology unavailable to the general public. He said nearby Bay Head and Mantoloking, despite heavy flooding and destruction of homes, were able to get the word out to residents more quickly due to resources brought into their communities.

“The Ocean County Sheriff’s Department set up its command post off Park Avenue in Bay Head, and the state police and National Guard, plus a contingent of state police from Minnesota, were there, too,” Burger said.

Why Bay Head? It was mostly a matter of geography and the fact that Mantoloking was ground zero: all of its 521 homes sustained some damage, 60 disappeared completely and hundreds more suffered damage so severe that they had to be demolished. As well, the ocean cut a channel — or a new inlet — into Barnegat Bay, destroying the Mantoloking Bridge, which connects mainland Brick Township to Mantoloking.

“Bay Head was the most logical place to have a command post. They had flooding and damage, but not as bad as the rest of the towns south of them,” said Lavallette Mayor Walter LaCicero, whose community is two towns south of Mantoloking. “And closing up the inlet and rebuilding the Mantoloking Bridge was a priority.”

Kelley Mickle, emergency management coordinator for Bay Head, said information for residents had been posted on the police department’s Facebook page and website. The goal: to alert them to developments during the early days following the storm and seek donations of food and supplies for emergency personnel stationed in the borough.

“We also went old-school and printed up information flyers and posted them at the firehouse,” Mickle said. “We had an open-door policy. If people needed information, they could reach out to us, and most … had the mayor’s cellphone number and often checked in with him.”

LaCicero said most of Lavallette’s public works employees and code-enforcement personnel live in the borough and had sheltered there during the storm.

“They assembled at the public works yard, located on the high point in town known as Mount Lavallette, and formulated a recovery plan the day after the storm,” he said. “They were able to photograph every piece of property in town and then post it on the borough’s website so residents could take a look at their home or business.

“We had daily updates and information about utilities and access,” LaCicero said. “The entire island was viewing our website just to get an idea of what the area looked like. This small town was able to do what the big towns couldn’t.”

“Five phone lines can be operated via the system, which is contained in a little briefcase,” he said. “You set up a rectangular satellite antenna and can plug your phones and computers into it. We’ll be prewiring our new borough hall so the portable device can be installed on the roof if we have another severe storm and loss of power.”

LaCicero said the satcom system will allow the borough to integrate cellphones and the satellite system, and will seamlessly switch to satellite if cellphone service is lost.

The groundbreaking ceremony for Lavallette’s new $4.6 million municipal building — which will house its municipal offices, court, police department and post office — was held recently, and the facility is expected to be completed in a year. And STACS will be a part of it.

Lavallette also plans to charge cellphone providers a one-time fee to hook up to borough generators so they will have backup power in the event of a severe power outage like the one encountered during Sandy. The amount the town will charge each provider for this is being negotiated, though one provider has agreed to pay $25,000, the mayor said.

LaCicero said his town’s water tower and public works department had had power throughout the storm due because it had been able to use its diesel generator.

“But the four cellphone providers on the water tower had no backup power. It was less than 24 hours before their batteries died,” he said, adding, “So Lavallette will be providing backup power to all four cell providers in the future.”