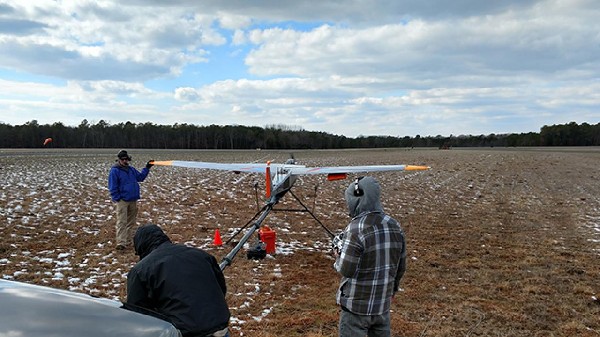 Hammer Fiber: Hammer Fiber Optics Holdings Corp., a telecommunications company in Point Pleasant Beach, is preparing for the anticipated rollout of its 5G wireless upgrades this year. According to an article in Network News Wire, “As the world prepares for next-generation 5G wireless cell service … telecommunications company Hammer Fiber Optics Holdings Corp. … is building its efforts to grow its New Jersey, New York and Pennsylvania base of operations into a national program that will provide service on a neighborhood-access basis. The company is aligning itself with like-minded businesses as it works to deliver low-cost, high-capacity broadband to phone, Internet and television service markets across the country.

“The company plans to begin live field testing of its ‘pre-5G’ system this year to coincide with the earliest rollout of the transformational 5G technology in select parts of the United States, with commercial service to follow in the coming months.”

Verizon: Verizon has been conducting trials using 200-pound drones in Cape May County, according to an article in The Drive. “These unmanned aerial vehicles, similar to AT&T’s COW drones, provide 4G LTE cellular service throughout a one-mile range. Verizon’s Vice President, Michael Haberman, seems to understand that the ability to locate people using their phones (and being able to communicate, in general) is one of the most effective ways to save their lives.

“‘The ability to bring coverage to an area that had no coverage really quickly is something that emergency responders are all over,’ said Haberman. ‘Could you imagine if you’d be able to bring drones through an area, and you can cover a mile, which is a pretty big area, and all of the [sic] sudden the user, who most have smartphones, can actually use their smartphone product and call for help and help us identify who they are.’”

Diversified: Diversified, the Kenilworth-based technology provider delivering solutions and managed services to global markets, announced the acquisition of Digitavia, which is based in the United Kingdom. Digitavia provides standardized audio/video solutions and support services to enterprise customers, delivering “an efficient and predictable outcome every time and everywhere,” according to a release from Diversified.

“In today’s global economy, overseas expansion is a necessary step in continuing our strategic plan and success,” said Diversified founder and CEO Fred D’Alessandro. “Having successfully partnered with the Digitavia team on multiple projects in the past, the decision to combine our companies and bring them into the Diversified family was a natural fit.”

SilverSun: In May, SilverSun Technologies (East Hanover) announced the creation of a dual-shore Security-as-a-Service operation, in partnership with CyberHat, an Israeli security operations center (SOC). This new security-service offering will enable partners and customers to leverage CyberHat’s security-operations teams to meet their cybersecurity needs, particularly in compliance-driven and regulated industries.

SilverSun anticipates that the partnership with CyberHat will allow it to provide a Fortune 500-level security service to mid-market companies, at prices they can afford. It will further enable SilverSun to pursue larger customers and service opportunities than its wholly owned subsidiary, SWK Technologies (East Hanover), has historically served, a release stated.

Previous: Money is Available for Clean-Tech and Clean-Energy Startups, Panelists Say
Next: Marketing TECHniques: The How and Why of Press Releases