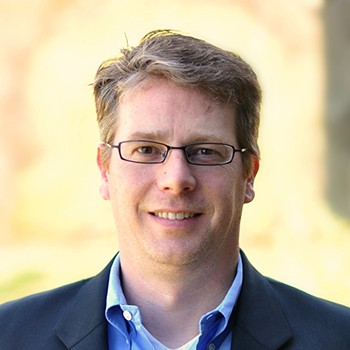 Intercloud Systems (Shrewsbury): Intercloud announced that it has sold its Training Division for $1.4 million in cash, a working capital adjustment that eliminated $215,000 in net accrued liabilities.

“The sale of this non-core business asset is a continued realignment of Intercloud’s business strategy and reduction of our outstanding liabilities,” said Mark Munro, CEO and chairman of the board. “This sale enables Intercloud to focus on areas of growth and profitability; continue to improve our balance sheet and reduce the exposure to convertible debentures.”

In early May, the company said that it had filed a lawsuit against Grant Thornton in the New York Supreme Court for breach of contract and for fraudulent inducement in connection with their engagement as the auditors in 2015. At that time, Munro said, “It is the company’s position that Grant Thornton breached its obligations to the company and the result thereof was a domino effect which included the delisting of Intercloud from the NASDAQ.   The company and its shareholders have been damaged by Grant Thornton’s conduct and redress is being sought accordingly.”

Intercloud, which continues to restructure, recently announced its earnings information. “During the first quarter of 2017, the company reduced senior secured debt by approximately $4.2 million and reduced subordinated debt by $4.1 million for total quarterly debt reduction of more than $8.3 million.  Although our revenues declined during the quarter while we restructured, we substantially reduced our operating expenses, as salaries and wages were reduced by 20% and our SG&A declined by approximately 10%.  We will continue to focus on cutting costs, selling non-core assets and becoming a smaller but cash-flow-positive company.”

Agilence (Mount Laurel): Agilence, a provider of cloud-based analytics for store operations and loss prevention, has launched data analytics software designed to help combat the growing epidemic of overprescription of opioid drugs and other controlled medications.

Built on Agilence’s “20/20 Data Analytics” platform, 20/20 Rx also makes it easier for pharmacies to identify and report medical professionals who may be overprescribing controlled substances, as well as patients attempting to fill invalid or phony prescriptions.

“It’s impossible to ignore the opioid problem that’s been spreading across the United States,” said Derek M. Rodner, Agilence’s vice president of software development. “Finding a solution to this epidemic requires involvement from everyone, including prescribers and pharmacies.  The Food and Drug Administration and the Drug Enforcement Agency are working jointly with state prescription drug-monitoring programs to curb the abuse and misuse of prescription drugs.”

Rodner added that, because Agilence works with large retailers to eliminate preventable loss in over 20,000 locations across the country, adapting this solution to help control the prescription drug problem is viewed as “a natural extension” of the company’s analytics platform.

Previous: Don’t Leave Money on the Table! Apply for the NJ EDA NOL Program by June 30
Next: Propelify Sizzled on the Hoboken Waterfront