The crowd at Propelify | Esther Surden

A 90-plus degree day didn’t deter the crowds from congregating on the Hoboken Waterfront for Propelify on Thursday, a one-of-a-kind tech and innovation festival with a regional draw.

Aaron Price, the NJ Tech Meetup founder, who brought us Propelify, told NJTechWeekly.com that than 10,000 people wended their way through the paths between the two stages: the Stage of Inspiration and the Stage of Wisdom. NJTechWeekly.com spent 11 hours at the event, listening to tech and entrepreneurship talks, speaking with sponsors, interviewing attendees and taking in the atmosphere. There was a Ferris wheel, fireworks, drone races, and a musical performance by Beatie Wolfe sponsored by Bell Labs.

But those “glitzy” things were just part of the pull of the event. For those of us deeply entrenched in the New Jersey tech scene, the success of Propelify meant something more: the validation of New Jersey as a serious destination for cutting-edge tech and entrepreneurship. Arianna Huffington in a keynote interview at Propelify. | Courtesy Propelify via Instagram

Add Propelify to the sale of Jet to Walmart for $3.3 billion last year; to the resurgence of tech in Newark spurred by Newark Venture Partners, Audible, Fownders and IDT and a by growing tech community; to the development of Bell Works as a tech hub in Holmdel; to the emergence of Jersey City as a place for startups to settle in; and to countless other upticks in tech economic activity around the state — and now we have something! We have momentum and pizzazz and even that “cool” factor. Representatives from Taiwan gave a startup a trip to learn about the tech ecosystem there. | Esther Surden

This year’s Propelify was different and somehow more intimate than its predecessor, “Propeller.”  That may have been because the venue had to be changed due to construction on Hoboken’s Pier A, so the booths and stages lined the park along Sinatra Drive. The stages were smaller and closer to the audience. And the event was very crowded, which somehow sparked more networking than happened last year. People were trying to find shade, and under every tree there was someone interesting to talk to. The McCarter and English / EntreprenYOURS booth at Propelify. | Esther Surden

The sponsors we interviewed were very pleased with this year’s event. The traffic flow led people right past their booths, and they stopped and talked.

The entrepreneurial talks were both informative and passionate, and they felt a little less relentless than last year because they were interrupted by some musical performances.

We attended talks at both stages and found the speakers engaging and the audiences enthusiastic.

We’ll have much more about Propelify in the future, but the final message of this post is a great big “Thank You” to Aaron Price for once again making us proud and propelling New Jersey tech forward.

228 More posts in Opinion category
Recommended for you 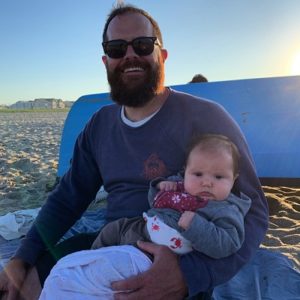