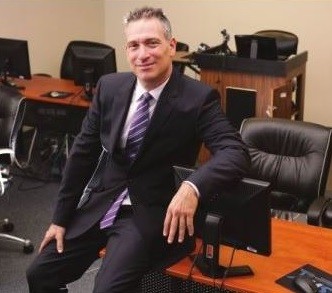 Lightpath: Lightpath (Jericho, N.Y.), a Cablevision subsidiary that serves N.J. businesses, has announced the availability of a 100-gigabit optical transport service. The company said demand for 100-gigabit service is increasing in N.J. as companies in the financial, data services, media and entertainment and healthcare sectors need to support more cloud-based services. They are also supporting an influx of devices on enterprise networks. The high-bandwidth service, which is delivered via wavelength over the Lightpath fiber network, is available throughout the entire Lightpath footprint and sold based on a flat, monthly, recurring charge.

SilverSun: SilverSun Technologies (Livingston) is continuing to buy up Sage Software resellers. It has announced that its wholly owned subsidiary, SWK Technologies — a national business technology solutions and services provider — had signed a letter of intent to acquire ESC Software, an Arizona-based leading reseller of Sage Software and Acumatica cloud accounting applications.

Founded in 2000, ESC has implemented technology solutions at major companies throughout the Southwest, a release said. The deal is expected to add more than $1,700,000 in annual revenue and will be immediately accretive to SilverSun’s earnings. The transaction, which is subject to the signing of definitive agreements and customary closing conditions, should close on or before April 30, 2014. The terms of the transaction were not disclosed.

In addition, SilverSun reported its 2013 financial results last week. For 2013, total revenues climbed 32 percent to $17.40 million from $13.18 million in 2012. Earnings before interest, taxes, depreciation and amortization (EBITDA) were $560,566, compared with a loss of more than $1.3 million in 2012. Net income increased to $322,548, compared with a net loss of $1.2 million in 2012. CEO Mark Meller noted that for the past four years the company has been methodically executing a business plan designed to optimize its strengths.

Yorktel: Yorktel (Eatontown), a provider of unified communications and collaboration (UCC), cloud and video-managed services, has announced that it would now be an official integrator and reseller of the iRobot Ava 500, a video-collaboration robot. The Ava 500 supplies high-definition video, enterprise-grade security and navigation to the enterprise market, providing end users with complete freedom of movement during video calls, a release stated. The company says its VideoCloud service platform complements the Ava 500 by offering interoperability with other systems.

AEON Credit Services has integrated BIO-key technology to cut help costs by reducing the frequency of password resets and protecting access to 18 applications, including critical ones, during nontraditional business hours. The company says it will also simplify compliance by tracking and reporting user access, reducing staff social networking activities, strengthening security and enhancing the overall experience for users and customers.

BIO-key has partnered with Dancom, a leading Malaysian telecommunications and IT provider, to deliver an integrated biometric-authentication solution within the AEON platform IBM Security Access Manager for Enterprise Single Sign-on (ISAM ESSO).

The company also said it was partnering with Oslo-based IDEX to deliver a hardware/software solution for  cost-efficient fingerprint identification on smartphones, tablets and PCs.

Bio-key had a disappointing quarter and year ended Dec. 31, 2013, the company reported March 31. However, CEO Michael DePasquale noted that “Despite disappointing financial performance, 2013 was a pivotal year….We met virtually all of our initiatives to prepare us for what we believe is the beginning of a hyper growth phase of development for us.”

Comodo and LiteSpeed: Comodo, whose U.S. headquarters are in Clifton, and LiteSpeed Technologies (Basking Ridge) have announced their collaboration. Comodo, a leading certificate authority and Internet security organization, has released its ModSecurity Rules for the LiteSpeed Web Server. These rules are used by the LiteSpeed ModSecurity Apache Web server plug-in to provide advanced network filtering, security and intrusion protection, according to the companies. LiteSpeed Web Server is a high-performance Apache drop-in replacement used to speed up websites and save on hardware costs.

Verizon New Jersey:Verizon New Jersey (Newark), which has been under fire for not meeting its FiOS commitments to the state, has said it invested more than $649 million in New Jersey’s wireline telecommunications infrastructure in 2013 and $5 billion in the past five years. The company said the investments included the continuing deployment of FiOS fiber-optic TV and Internet. At year’s end, FiOS services were available to more than two million homes and businesses in New Jersey. Verizon has placed more than 22,000 miles of fiber optics in the state and continued the construction of its fiber network in the Newark and Paterson areas, the company said.

Verizon said its Enterprise Solutions department had acquired EdgeCast Networks and the assets of upLynk to further the company’s delivery of media and entertainment services. Those acquisitions let Verizon enhance the delivery of end-to-end video solutions for TV Everywhere and “superior experiences to customers such as studios, broadcasters, retailers and enterprises that seek high-performance digital experiences across all devices,” said a release.

The company has also announced its next-generation public cloud platform, Verizon Cloud, which it says offers large enterprises, midsize companies and small development shops the agility and economic benefit of a generic public cloud. Verizon says the platform provides the reliability and scale of enterprise-level service with unprecedented control over performance and security. Verizon Cloud is currently in beta.

CitiusTech:CitiusTech (India and Princeton), a provider of healthcare technology services and solutions, has announced a significant investment from global growth-equity firm General Atlantic (New York), the same firm that took TriNet, the HR outsourcing provider,to its IPO. Financial details were not disclosed. Founded in 2005, CitiusTech partners with more than 50 leading healthcare organizations worldwide to provide its clients healthcare domain expertise and technology.

Previous: Figure Out Your Business Before the Money Runs Out, Boice Advises Scarlet Startups
Next: Hespe Assures Senate Panel PARCC is on Track, Despite Lingering Doubts